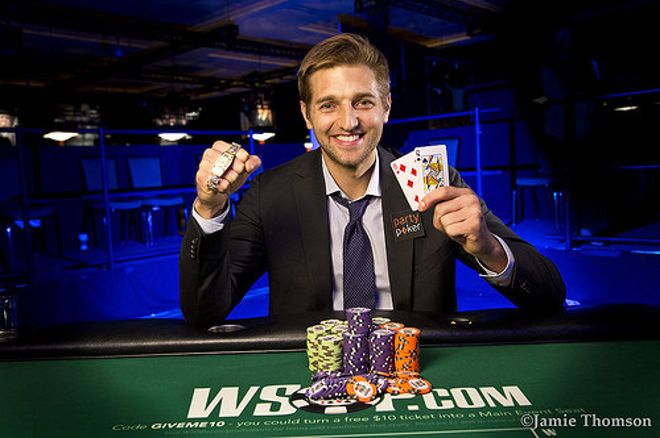 According to The Hendon Mob, Dunst has more than $3.8 million in lifetime live earnings including a career-high $700,069 for finishing second in the 2016 Aussie Millions Main Event. In 2013, Dunst etched his name on the WPT Champions Cup, which today renamed in honour of Mike Sexton, the man Dunst replaced. Dunst won the WPT St. Maarten $3,500 Main Event for $145,000.

Dunst began the final table with a big chip lead and immediately set about building upon it. First, he used king-jack suited to outdraw Jon “havuuuuuc” Turner’s ace-nine, and then he woke up with pocket kings after Krista “Pollux” Gifford had jammed her short stack with king-ten. Gifford flopped a gutshot straight draw but missed to fall in fifth place.

With four players remaining, Dunst sat with more than 13 million while his three competitors were all under 3 million. “paymycollege” then absorbed the short stack of “ilosestackz” when ace-ten held against jack-eight after an ace appeared on the flop.

With three players remaining, Alec “Tango_Bravo” Parslow got his last 4.1 million all in preflop with ace-king suited only to get outdrawn by Dunst, who hit a runner-runner straight with his ace-nine. That allowed Dunst to take a nearly 2-to-1 chip lead into heads-up play against “paymycollege.”

The stacks were close to even when the defining hand played out. “paymycollege” wound up with a seven-high straight while Dunst, who was the shorter stack by just a hair, had a spade flush to double. “paymycollege” was left with less than a big blind, doubled it, and then went bust the hand after that running six-three into aces.

FLASHBACK: Tony Dunst wins his first WSOP bracelet back in 2016

The next tournament on the schedule – Event #22: $500 NLH Turbo Deepstack – will take place at 3 p.m. PDT on Wednesday. The PokerNews Live Reporting Team will once again be reporting all the action, so be sure to tune in then to see who captures the next 2020 WSOP bracelet!