The Muck: Poker Players Sound Off on Their Cheap Peers 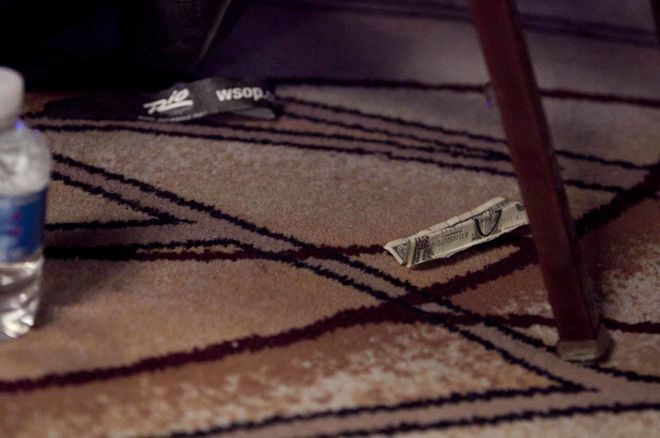 Poker players can be a spendy bunch when the heater is rocking. Many are the tales of unchecked spending and lavish living after a big score or a cash game win that needs five racks for the pick-up.

However, when the downswing inevitably hits, many of these same players can turn into penny-pinching misers.

Just ask their friends. Melissa Burr did so this weekend on Twitter, and the responses proved as amusing as expected. The impetus came from a Luke Vrabel tweet in which he related a story of a friend who won $500K, only to request $7 for an Uber shortly thereafter.

Scores of tales of lifestyle nittiness followed. From players trying to save a dollar here to collecting tax receipts for pennies there, PokerNews collected some of the best responses:

@burrrrrberry Playing 400-800 with jimmy “riendeer”. He looks at a half eaten Caesar salad on a table behind him,… https://t.co/X1HDe8lUoO

@burrrrrberry The first time I went to the casino in Costa Rica with @tchanpoker in 2003, we were in a foreign coun… https://t.co/AVIthGAUTg

@burrrrrberry I genuinely gave a guy a £220 ticket for a live tourney as he was broke, he won the tourney (3 way ch… https://t.co/grzHFVW55f

@burrrrrberry At grocery store in Vegas, pro (who owns multiple houses in Vegas) 2 ahead of me in line, cart full o… https://t.co/tDTS3W8iV6

@burrrrrberry Pay for a $1 bottle of water with a cc and ask for a receipt because it’s a write off.

@burrrrrberry I saw Men the Master stand in a rather long line for a $6 Comp at a circuit event, which he won. It struck me funny

@burrrrrberry I know somebody who walked from Aria to Rio every morning (obv heat is ridiculous) for 3 weeks during… https://t.co/yTDifGzGkd

@burrrrrberry This is @quadfours_kin fav story. He once saw me drive my car back in reverse to a tollbooth to get a… https://t.co/0SY4mKvmlE