The Muck: Mike Matusow Chastised After Threatening Player Who Busted Him 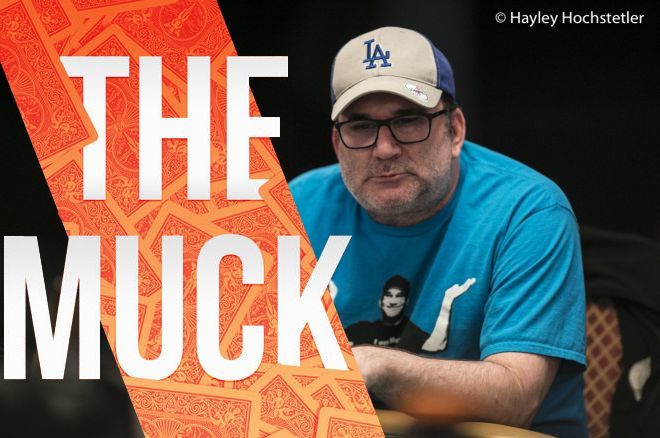 The World Series of Poker online summer bracelet schedule is rolling along, and a number of players like Daniel Negreanu and Matt Stout have taken the opportunity to bring livestreaming content to their fans.

Mike Matusow has joined the streaming party, and his show has been well-received by fans, with several thousand viewers tuning in to his YouTube channel.

However, things took a dark turn on Sunday evening.

He was dealt ace-queen in the big blind and three-bet "wolverine17," who had opened in the small blind. Matusow's opponent proceeded to call and then checked a ten-high flop. Matusow opted to shove for an overbet with his overcards, but his opponent had laid a trap with pocket aces. No runner-runner cards saved Matusow, and he busted in the very next hand.

Afterward, Matusow's frustration boiled over. His irritation sprang from two sources: he'd not realized the tournament was a freezeout, so he couldn't reenter, and his opponent had tanked about 15 seconds before making the routine call on the flop.

When the ranting and cursing subsided for a moment, he decided to throw out a bounty to his viewers.

"If anybody in here can find out the name of this guy, you guys will get an extra $50 bonus if you sign up for my home game," he said. "Normally, anybody on this stream that signs up at my home game gets $250 for $200 on their initial sign-up. If somebody can get me the name of wolverine17, and it's verified, they will get $300 for $200.

"I hate f****** scumbags in poker. People like him make people not want to play poker."

Turned out wolverine17 wasn't a him at all. Someone in the chat posted the player's identity, which is confirmed on the WSOP.com payouts: Megan Milburn was the foe who had busted Matusow and whom he'd threatened with physical harm.

Milburn is an East Coast player who has about $65K in live cashes.

Matusow tracked down the woman's Twitter and followed through on that, which was screencapped by DK Lappin before Matusow deleted it.

Several players took to Twitter to condemn Matusow's actions. Jason Wheeler was among those taking him to task, and several others joined the chorus.

@dklappin This is honestly disgusting. Makes me feel sick to my stomach. How can you do that? How many years has he… https://t.co/puZc5KeHq7

after watching ~10 mins of matusow's disgusting reaction to being "nit" rolled by a rec...

@dklappin Hey @themouthmatusow strong people apologize when they have been out of line and you owe her an apology.… https://t.co/OEfM3yyBU9

Matusow did apologize, both publicly and privately, according to his feed.

I’m sorry for saying that I tried to take it down and couldn’t find it best of luck. Sincerely apologize got caught… https://t.co/OXTQDJJqEg

Yep sent a very nice dm! I’m an idiot you all know that ! Best of luck and happiness! https://t.co/8Bkx7kcYzG

Milburn, for her part, said it wasn't intentional, and she was undoubtedly happy just to have collected Matusow's stack en route to a 38th-place cash for $3,164. It may not be a king's ransom, but it's certainly preferable to one-and-done followed by damage control.

When reached by PocketFives' Lance Bradley, the WSOP's Ty Stewart issued the following statement regarding the incident:

"We take prevention of abusive behaviour at WSOP tournaments or on the WSOP.COM platform extremely seriously. We have a number of preventive measures online including recently disabling our chat entirely. But the regulation of content on our customer's personal streams and social media accounts is a slippery slope, particularly as each of these third-party platforms have their own escalation procedures. We reserve the right to suspend the account of any individual going forward, but in this case, it appears the player had the perfect response to resolve the situation herself."

He also told PokerNews: "The wsop’s primary recourse to address the issue is to work in partnership with the streaming platform(s) to prevent unauthorized usage or disparaging characterization of our brands. That dialogue is underway.”