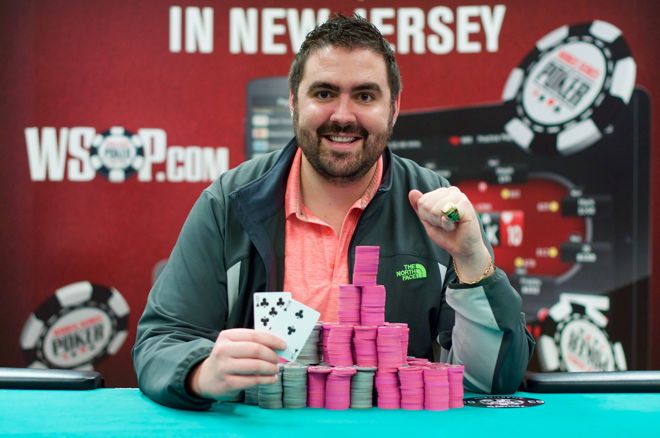 Kuhn began the final table as the chip leader while “AndrewFreund” was the short stack. Not surprisingly, the latter was the first to go followed not long after by poker pro Roland "prngls12" Israelashvili, the WSOP’s all-time leader in cashes.

Israelashvili, who had cashed in all three tournaments of the series, fell to Kuhn after getting it in with pocket tens and failing to get lucky against queens. With the cash, Israelashvili extended his WSOP-related cash lead to 228.

After “pokeher2014” bowed out in seventh place, “Doc33” caught fire, first by eliminating Evan “Escott121181” Scott in sixth place – the result of holding the superior kicker after both players flopped top pair – a then he busted Max “ndirish50” Huster with ace-queen versus ace-jack.

“Doc33” continued his streak by eliminating “klubot” in fourth place with ace-seven against king-jack, and that saw him take the chip lead into three-handed play. Unfortunately, his momentum came to a sudden halt before he four-bet jammed with queen-jack suited only to run into the pocket kings of Kuhn. The cowboys held, "Doc33" was sent packing, and Kuhn took a nearly 5:1 chip lead into heads-up play against Ronald “rlksaces” Keren.

Keren wouldn’t go down without a fight, even seizing the chip lead at one point, but after roughly an hour of heads-up play Kuhn would reclaim the lead and finally close it out.

How to download WSOP.com in Nevada and New Jersey

For residents of Nevada and New Jersey, the first step in getting set up to play on WSOP.com is to download the client. You can do so for both mobile (Android and iOS) and desktop (Windows 7 or higher and Mac OS X 10.6.8).

The next tournament on the schedule – Event #4: $500 NLH Super Turbo – will take place at 3 p.m. PDT on Saturday. The PokerNews Live Reporting Team will once again be reporting all the action, so be sure to tune in then to see who captures the second bracelet of the 2020 WSOP!