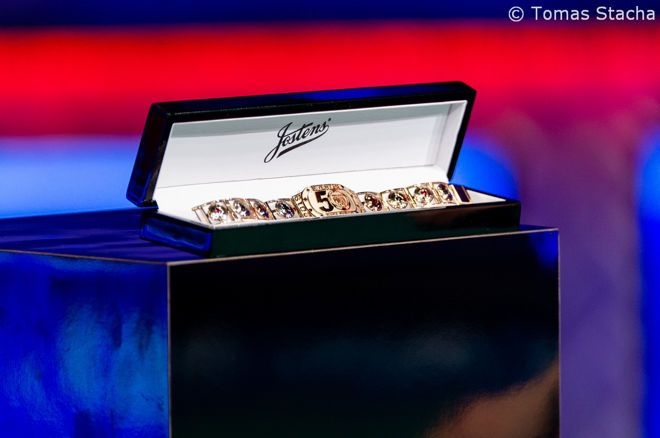 Afanasenka’s victory came in impressive fashion as he topped a final table that contained three former bracelet winners, including two-time winner Chance “BingShui” Kornuth. Afanasenka and Kornuth squared off in heads-up play, and while both held the chip lead at different points, the former ultimately prevailed to deny Kornuth, who had previously won the 2018 WSOP Event #63: WSOP.com Online NLH High Roller, from becoming the first-ever two-time WSOP.com online bracelet winner.

According to HendonMob, Afanasenka has a modest $110,884 in live tournament earnings, of which just $15,749 has come in the WSOP. It marked his fourth cash of the current online series.

Bracelet winner David “Twizzlers” Prociak was Afanasenka’s next victim after running ace-ten smack dab into pocket rockets, and another bracelet winner, Brett “Metanemesis” Apter, followed him out the door when Kornuth's pocket queens held against king-nine offsuit all in preflop.

Afanasenka began heads-up play with 42 million to Kornuth’s 24 million, but it didn’t take long for the seasoned pro to battle back and claim the lead. However, a failed bluff saw Afanasenka reclaim the lead and then close it out in a wild hand that started out as a flip. Afanasenka held pocket threes, Kornuth king-six, and both a king and six appeared on the flop. Kornuth was primed to double but a third trey spiked on the river to end the tournament then and there.

The next tournament on the schedule – Event #12: $500 The BIG 500 NLH – will take place at 3 p.m. PDT on Sunday. The PokerNews Live Reporting Team will once again be reporting all the action, so be sure to tune in then to see who captures the next 2020 WSOP bracelet!