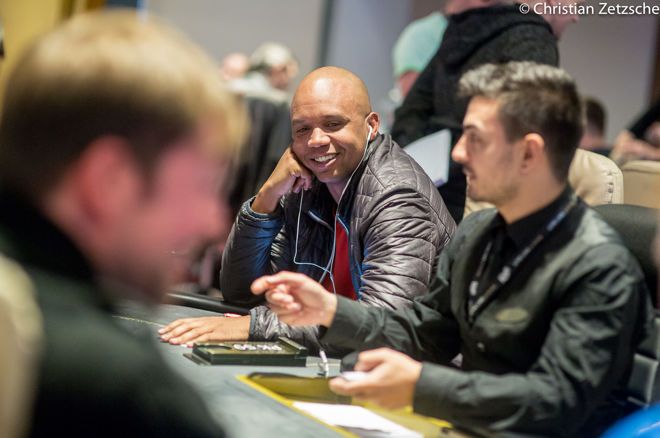 The long legal battle between poker superstar Phil Ivey and East Coast casino Borgata over nearly $10 million that the former won in baccarat may finally be coming to a close.

NJ Online Gambling reported Wednesday morning that Ivey and Borgata had reached a settlement, citing a July 2 filing in the U.S. Court of Appeals for the Third Circuit.

Per usual in these cases, terms were not disclosed.

Ivey initially won the money all the way back in 2012, playing a series of sessions with gambling partner Cheung Yin “Kelly” Sun under agreed-upon conditions that enabled the pair to have a sizable edge on Borgata, unbeknownst to Borgata officials.

Borgata filed suit in 2014 and a legal war ensued for the next half decade.

According to gaming attorney and sometimes PokerNews contributor Mac VerStandig, the only real surprise is that the two sides took this long to come to terms.

"It's unsurprising to see litigation settled, especially at the appellate stage where both parties have had the opportunity to air respective grievances, and the cost of going forward may outweigh what either party stands to gain," VerStandig said. "Cooler heads normally prevail sooner but it's not at all surprising to see it come to pass here."

While the legal war started in 2014, it took until late 2016 for a big inflection point to finally occur. At that point, the judge presiding over the case sided with Borgata and ordered Ivey and Sun to return more than $10 million they'd won — the at-issue baccarat millions plus some craps winnings.

The case continued on appeal, and some sources reported Ivey was in danger of losing tens of millions to Borgata if things continued to go poorly in court.

Further damage against Ivey came when Borgata was granted clearance to seize his Nevada assets early last year. They followed through on that in high-profile fashion, garnishing Ivey's winnings when cashed in the $50,000 Poker Players Championship.

However, while every turn was seeming to go against Ivey, he was all the while making some small gains in the background, like a poker player stealing enough blinds to stay afloat in a tournament.

The appeals process was apparently going far better for Ivey than the initial case. Of central concern was the issue of whether he had cheated by marking cards. While nobody disputed that he hadn't marked the cards in the traditional sense, Borgata argued that turning the cards in different directions so Ivey and Sun could identify tiny imperfections in them — "edge sorting" — constituted marking.

NJ Online Gambling reported that Ivey was likely a small favourite on appeal, a sentiment with which VerStandig agreed.

Conclusion Not Thrilling, Not Surprising

If Ivey were to win his appeal, the case would have continued on remand, going back to a lower court for reconsideration.

Borgata would have been forced to return the $124,410 it had already seized from Ivey, and nothing would have been guaranteed going forward. Both sides would have also been on the hook to continue shelling out attorney fees, which have been mounting the entire time in the long-running case.

Furthermore, even if Borgata emerged a winner in court, it's uncertain whether anything but a Pyrrhic victory would have been achieved. A New Jersey search for Ivey's assets only turned up a "zero-dollar" bank account, and Ivey has been keeping most of his poker-playing activities out of the U.S. and away from Borgata's reach.

Given that there appears to have been more downside than upside at this point for Borgata, the settlement seems unlikely to have been very costly for Ivey.

"Borgata's case has always had serious vulnerabilities and Borgata is certainly justified in getting whatever settlement it can get and not risking those vulnerabilities on a remand," VerStandig said.

Phil Ivey Back to Winning Ways After Victory in $50K SHR