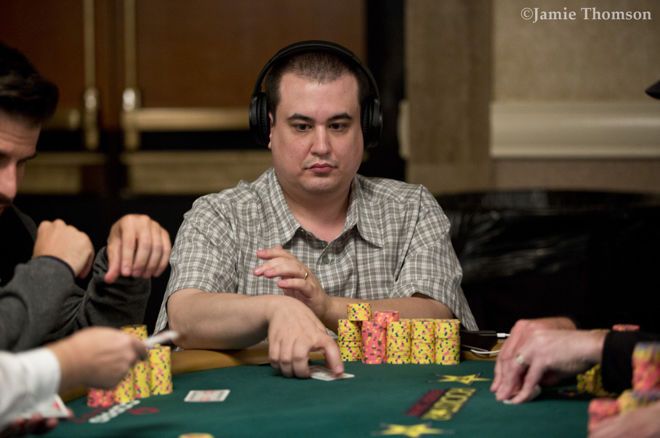 Kiley, who hails from Utica, New York, had just a dozen WSOP-related cashes totaling $29,665 before the victory. That included three small cashes in the online series throughout July. In the live realm, Kiley has $57,088 in tournament earnings including a career-high $7,135 for finishing runner-up in the 2018 Run It Up Reno VI Kickoff event. A year later, he won the RUI Reno VIII 8-Game Championship for $5,220.

Mor actually busted before the final two tables combined to one, which meant the final tabled started eight-handed with Matt “berkey11_s4y” Berkey as the chip leader. It marked back-to-back final tables for the pro after he finished in seventh place in Event #24: $400 NLH 8-Handed.

Early on at the final table, Michael “ha8me” Policastro was on the bad end of a cooler flop when his ace-queen flopped queens and threes, but Kiley rolled over ace-three for trips. Richard “Daddyp69” Perrin then shoved the cutoff with pocket fives only to run into Berkey’s aces in the small blind.

Kevin “SpecialK333” Calenzo was the next to go after running ace-queen into Weiyi “wymoney” Mo’s Big Slick, and then Berkey lost a big pot after flopping bottom two pair only to discover Guo Liang “Ct188” Chen had flopped top set. Berkey bowed out a couple hands later losing jack-nine to the king-ten of Kiley.

Kiley proceeded to eliminate Stephen “S.Dot22” Russo – the result of ace-eight holding against king-queen – and then Chen took care of Mo in third place, which marked the deepest run for a woman thus far in the 2020 WSOP Online series on WSOP.com.

Chen took 23.59 million in chips into heads-up play against Kiley, who had 19.5 million. However, Kiley managed to battle into the lead and closed it out when he shoved the river with two pairs kings and fours and Chen called off with jacks and fours.

The next tournament on the schedule – Event #26: $500 No-Limit Hold’em Grande Finale – will take place at 3 p.m. PDT on Sunday. The PokerNews Live Reporting Team will once again be reporting all the action, so be sure to tune in then to see who captures the next 2020 WSOP bracelet!