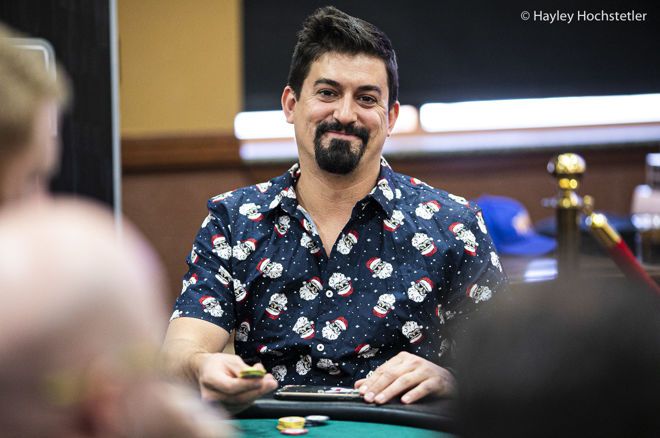 On Monday night, the 2020 World Series of Poker (WSOP) Online Event #13: $1,500 No-Limit Hold'em High Roller Freezeout attracted 649 players and created a $924,825 prize pool. After 11 hours of play, it was eight-time WSOP Circuit ring winner Michael “miguelfiesta” Lech capturing a $164,248.92 first-place prize. Amazingly, it was his seventh cash through the first 13 events of the online series.

Since 2016, Lech separated himself from other WSOP Circuit grinders by winning five of his eight rings in different countries including St Maarten, Italy, France, Mexico, and the United States. According to The HendonMob, Lech has $1,384,826 in live tournament earnings. As for the WSOP, prior to the win, he had 79 WSOP-related cashes totalling $987,254.

In less than four years, the Arkansas native has captured nine pieces of WSOP gold, including a coveted gold bracelet. As he likes to say, “Everybody needs a little fiesta in their life.”

Sean “SPS8710” Seifert began the final table as the chip leader with a decent lead over the competition. Before too long, Michael “wsopmd” Dolle got his short stack in with ace-seven only to run it into the pocket queens of Lech, and then Megan “wolverine17” Milburn, who earlier in the series was the target of Mike Matusow’s out-of-line rant, took hear leave after getting unlucky with ace-queen against "Bingooo’s" ace-jack when a jack hit the flop.

"Bingooo" proceeded to bust Christopher “pokeher2014” Fuchs in seventh place, and then Connor “666666” Drinan fell in sixth place losing ace-eight to the ace-king of William “SlaweelRyam” Romaine. While Drinan took down $29,964.33 in prize money, he did miss out on the bracelet, which would’ve netted him an extra $100K in his highly-publicized prop bet with Negreanu.

Romaine then flopped an ace holding ace-deuce to eliminate Paul “ToTheMoon” Dewald, who had gotten it in with pocket fives, and then “Bingooo” was bounced in fourth place when their ace-five failed to overtake Seifert’s two black sixes.

The final three players jostled for a bit before Seifert took a big hit and then lost his remaining chips with queen-seven to Lech’s eight-five, which rivered a straight. That saw Lech take 9.3 million into heads-up play against Romaine’s 6.9 million.

It wasn’t the first time Romaine, who finished 61st in last year’s Main Event for $142,215, went deep on WSOP.com. Back in March 2019, he won the Online Circuit $525 Main Event for $92,400 and his first gold ring. Unfortunately for Romaine, he wouldn’t win the online bracelet as Lech was not to be denied.

In the final hand of the tournament, Romaine check-jammed after flopping middle pair only to see Lech call with top pair. Romaine failed to improve and had to settle for second place and $110,979 in prize money.

The next tournament on the schedule – Event #14: $3,200 No-Limit Hold’em High Roller – will take place at 3 p.m. PDT on Tuesday. The PokerNews Live Reporting Team will once again be reporting all the action, so be sure to tune in then to see who captures the next 2020 WSOP bracelet!