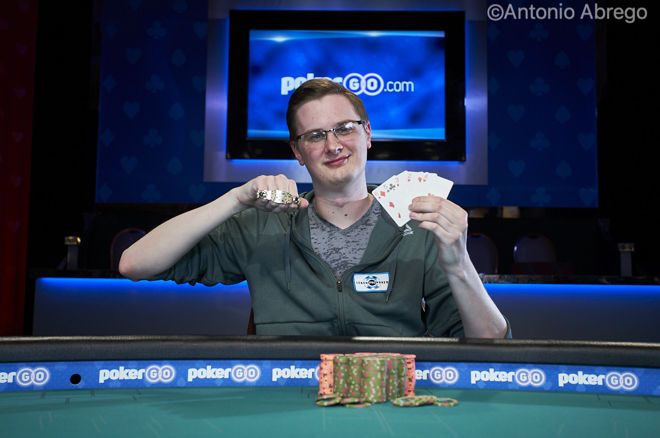 Gerhart’s first piece of WSOP hardware came last year when he took down the 2019 WSOP Event #54: $1,500 Razz for $119,054. It was a career-high live score for Gerhart, who according to HendonMob has just over $600K in live tournament earnings.

Gerhart began the final table as the chip leader while “Shanmukha” was the short stack and first to fall. “Shanmukha” got it in good calling off on the flop with nines against Gerhart’s threes, but the latter turned two pair for the win.

“Duckmoney420” then dispatched Adam “AdamJ080584” Jones in fifth place after making trip queens to overcome tens, and then Chris “Robotbob47” Moorman let it ride on a flopped gutshot straight draw against Gerhart’s two pair, which held to eliminate the online legend in fourth place.

New Jersey’s Jenny “Mobey” Svancara, the first woman to make a final table in the 2020 WSOP, bowed out in third place after getting it in with a flopped two pair only to have Gerhart turn a bigger two pair. The $41,290 she received for her deep run marked her sixth cash of the series.

Gerhart began heads-up play holding a slight chip lead over “Duckmoney420,” but an early double saw the latter pull out to a 7:1 lead of their own. The two would jostle back and forth until Gerhart double back into the lead before closing it out by completing a wrap draw on the turn against "Duckmoney420's" overpair.

The next tournament on the schedule – Event #21: $777 NLH 6-Handed – will take place at 3 p.m. PDT on Monday. The PokerNews Live Reporting Team will once again be reporting all the action, so be sure to tune in then to see who captures the next 2020 WSOP bracelet!