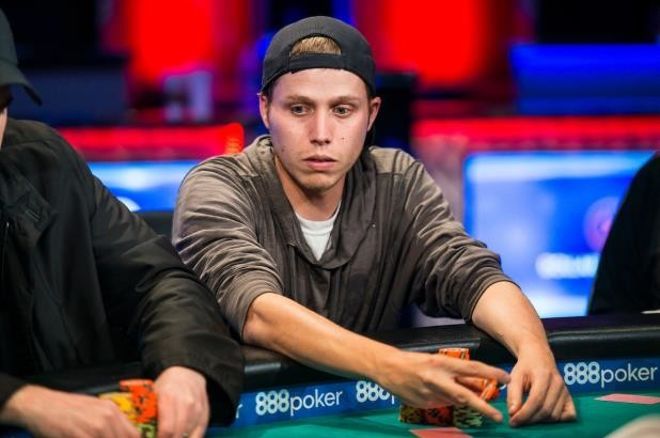 “I really credit playing before playing online because I started playing when I was like 16 and I just got all those skills before I got my fundamentals,” Steinman said in the past regarding online poker. “Then I met some good players and I got some fundamentals because online, obviously, there are no live reads.”

A four-time WSOP Circuit ring winner, Steinman had $654,816 in WSOP-related series before the win. That included two prior final table appearances and 10 cashes in the online series. Steinman’s biggest live score was for $201,428 after he finished runner-up in the 2018 WPT Rolling Thunder (the same tournament in which he gained notoriety for folding a set of kings to Joe McKeehen).

After winning his last gold ring earlier this year, Steinman had told WSOP officials: “I’m just trying to play well honestly. I’d love to win a bracelet but that’s kind of a strange goal to have because I can’t control as much as I would like to. It is weird to have a goal if you can’t control the outcome … I want to win a bracelet, but I don’t want to make it my goal because I don’t want it to affect my mentality if I don’t do that.”

While he may not have explicitly set it as a goal, it doesn’t matter now as Steinman is a World Series of Poker bracelet winner!

Steinman, who was at his third final table of the online series, began the final nine with the chip lead, but it was Lokesh “lanku111” Garg scoring the first knockout when his king-queen held against the king-jack of Cody “voltron12” Scherer on a king-high flop.

Huiwen “HLM99” Liu exited in eighth place after losing with king-queen all in preflop against Cameron “crezident” Rezaie, who held with ace-nine suited. Following him out the door was Alida “av1925” Veliu, who got it all in preflop with pocket queens only to see them go down in flames against Mahyar “Psycho101” Ebrahimi's ace-six when an ace appeared on the flop.

Garg then lost a flip with pocket sevens to Nicholas “Got_The_Glow” Brancato’s ace-queen to bow out in sixth place, and Rezaie bowed out a short time later losing a race with ace-jack to Steinman’s two red nines.

Brancato took his leave after losing with ace-ten to Steiman’s ace-queen all in preflop, and then Steinman dispatched Ebrahimi in third place with ace-nine against ace-eight. That allowed Steinman to take a nearly 4:1 chip lead against Satoshi "Godzillla" Tanaka.

Tanaka put up a fight but wasn’t able to battle back, eventually falling in second place when his king-jack failed to get there against Steinman's ace-five.

Steinman's brother captured the moment of victory and shared it on social media:

The next tournament on the schedule – Event #28: $1,000 Omaha Hi-Lo 6-Max– will take place at 3 p.m. PDT on Tuesday. The PokerNews Live Reporting Team will once again be reporting all the action, so be sure to tune in then to see who captures the next 2020 WSOP bracelet!