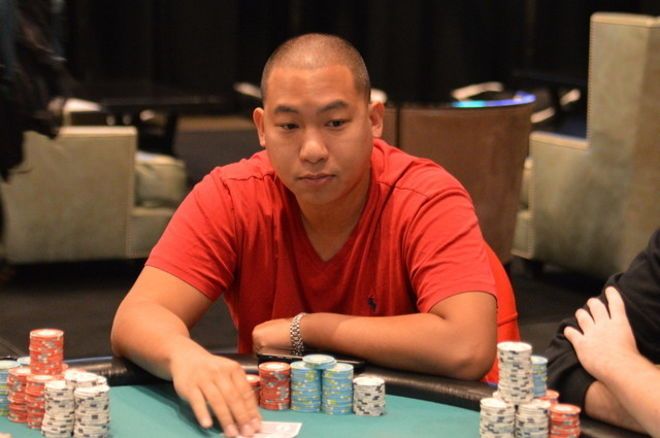 Chang began the final table as the chip leader, while Quintin "AA_QTiP_KK" Trammell and “charliefrog” were the two short stacks. Not surprisingly, they were the first two to go before John “Slapshot1085” Forlenza followed them out the door in seventh place when his ace-queen failed to get lucky against Alex “ShadowFiend1” Condon’s pocket queens.

Condon then bowed out in sixth place when his ace-king failed to win a flip against Chang’s jacks, and not long after “married” jammed with deuces down only to run into the pocket kings of Chang.

The short-stacked “iseefoodtuna” then ran ace-deuce into Philip “tomte” Yeh’s pocket aces to bust in fourth place, and then Chang dispatched Felipe “McBain” Leme in third place when the latter’s king-nine suited fell to the former’s ace-king.

Chang took a 3:1 chip lead into heads-up play, but Yeh put up a tough fight, even taking over the chip lead at one point. However, Chang was not to be denied as he reclaimed the lead and set about whittling down Yeh, who would jam with eight-six. Chang called with queen-jack and the paint cards prevailed to eliminate Yeh in second place for $99,708.77.

How to Download WSOP.com in Nevada and New Jersey

The next tournament on the schedule – Event #6: $600 PLO8 6-Handed – will take place at 3 p.m. PDT on Monday. The PokerNews Live Reporting Team will once again be reporting all the action, so be sure to tune in then to see who captures the next 2020 WSOP bracelet!

85 Online Bracelet Events Scheduled This Summer; 31 on WSOP.com & 54 on GGPoker