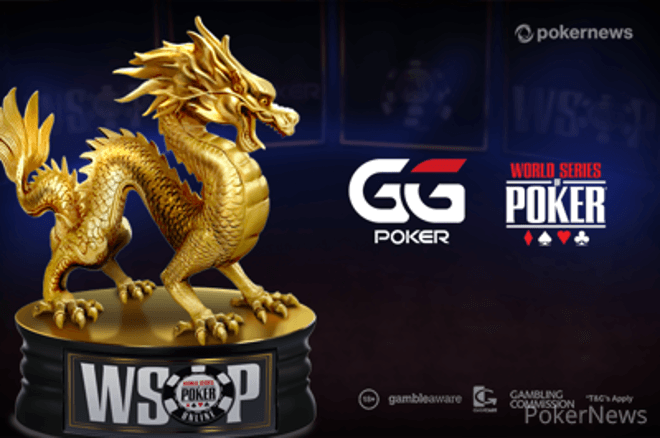 Poker enthusiasts from all over the world joined the action for the latest event of the 2020 GGPoker World Series of Poker Online Bracelets on the GGNetwork. Event #38: $600 Monster Stack drew a big field of 2,007 and created a prize pool of $1,143,990 for the first Asia Time Zone Event. Ultimately it was Aaron "fishnchip" Wijaya who defeated Toni "AnsuFati31" Bosch Jordana to claim the first WSOP gold bracelet as the clock showed a total duration of more than 10 hours and 41 minutes.

Little is known about both contenders for the most-coveted prize in poker as Wijaya had no live cash to his name and made the first one count for a top prize of $171,389. Spaniard Bosch Jordana had some small scores at Casino Barcelona prior and turned his first and only bullet into a payday of $124,376.

Wijaya was in the middle of the pack as one of three finalists from China when the field combined to one table and Bosch Jordana was even further behind on just 20 big blinds. However, both prevailed in various all-in spots to climb the leaderboard and claimed the top two spots.

Once the final table was set, some surprises awaited as all nicknames were converted to the real names and that revealed Kasper Mellanen on his second entry, as well as Blake Bohn and Joao Simao on their third entry at the top of the leaderboard. Mellanen fared the best of them and finished third whereas Simao had to settle for fifth place, one spot ahead of Bohn who reached his third WSOP final table.

Bohn cashed six times during the 2020 WSOP.com Bracelet Events while in Nevada and made the trip to Cabo in Mexico just a few days ago and that immediately paid off with a deep run and score worth $34,496. His hopes of a maiden WSOP bracelet win ended when he three-bet jammed jacks into the aces of Kasper Mellanen in three-way action.

The first tournament of the festival with an Asian-friendly starting time saw nearly 400 players in their virtual seats as the action kicked off and that number grew by the minute during the three and a half hours of late registration. All participants were allowed a maximum of two re-entries until the end of the registration period and the six-max format guaranteed action at all times.

Many big names of the international poker circuit came and left without anything to show for and the eliminations kept coming every other minute, rapidly reducing the field. In the blink of an eye, the money bubble burst in the first hand and soon after the players hit the rail by the dozens. Early casualties in the money included the likes of Patrick "Egption" Tardif, Conor Beresford, Christian Rudolph, Brad Owen, Manig Loeser and Anson Tsang.

As the field was thinned down to the final six tables, Mike McDonald endured a roller coaster ride and departed in 54th place when he jammed king-six into ace-queen in a battle of the blinds. It was the second deep run of the Canadian early into the festival as McDonald finished 26th in Event #34: $525 Super Turbo Bounty No-Limit Hold'em 6-Handed a few days ago.

From Two Tables to a Winner

On the final two tables, eventual champion Wijaya and Bohn caught heat and sent several opponents to the rail to build their stacks. Mellanen took over the top spot when his aces held against the nines of "inonhmeansfu" and the final table was set shortly after. Initial double ups for the short stacks were followed by the rapid eliminations of Hui "totoyou" Tang and Kai "butouji666" Liu.

Bohn's departed in 6th place vaulted Mellanen into a comfortable lead but the Finn was unable to keep up the momentum. Jingxiang "Fuzzy Wuzzy!" Ong went from short stack to joint chip leader only to run out of steam, and the same fate awaited Mellanen shortly after. The lead in heads-up swung back and forth for a mere 15 minutes as they played "for the glory!" as exclaimed by Bosch Jordana in table chat. When both turned a full house, the tournament ended in spectacular fashion and Wijaya became the fifth player from China to scoop the gold bracelet.

A busy Sunday schedule awaits on the GGNetwork as no fewer than six events take place and the PokerNews live reporting team will be providing updates for all of them from start to finish.