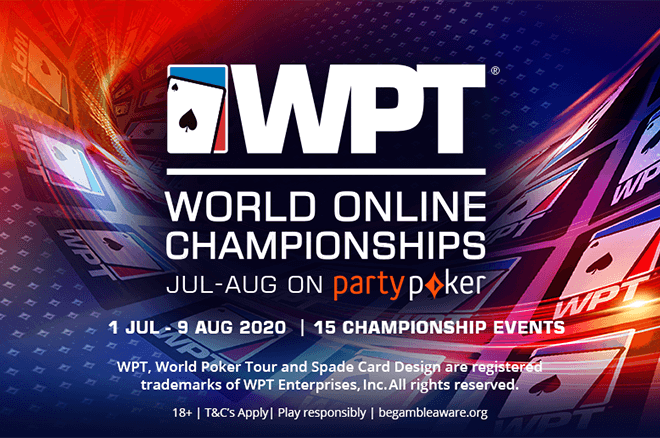 The inaugural WPT Online Series ran at partypoker and surpassed all expectations. A total of 94-events ran across 29-days and the combined $35 million worth of guaranteed prize pools were blown out of the water with $52,956,050 paid out.

United Kingdom-based Germany Fabio Sperling won the WPT500. The tournament ended in a four-handed deal that saw Sperling walk away with $281,125 for his $550 buy-in.

British pro Jareth East locked up the WPTDeepStacks event and saw the largest score of his career hit his partypoker account. East topped a 3,554-field to scoop $557,658.

Victory in these events is never easy, but the field of this tournament was stacked. Such luminaries as Shawn Buchanan, Griffin Benger, and Michael Tureniec navigated their way through to the final two tables. Even the final table housed Phil Mighall and Jon Van Fleet, the latter eventually finishing in second-place for $392,717.

Christian Jeppsson won the WPT Online Championship, doing so after winning his $3,200 seat via a cheaper satellite. The final table of the $5 million guaranteed event wouldn’t have looked out of place in a tournament several times the buy-in.

Sam Greenwood and Pascal Hartmann crashed out in seventh and sixth-place respectively, and Jeppsson eventually found himself heads-up against Russia’s Viktor Ustimov. The pair struck a deal that left an additional $10,000 for the winner. Jeppsson got his hands on that extra prize money when his turned flush cracked Ustimov’s kings.

Ustimov may have missed out on glory in this tournament but he sampled the sweet taste of victory in two other events on the schedule. Niklas Astedt, the Swedish legend, also binked two WPT Online Series tournaments, while David Ivers, and Alexandr Trofimov also enjoyed a brace of wins.

These APAT MTTs at partypoker are incredible

Some of the biggest names in world poker descended on the partypoker tables for the High Roller and Super High Roller events.

The $25,500 Super High Rollers were even more infested with sharks. Elio Fox was the last man standing from a field of 87-entries in one such event. Fox came out on top and won $565,500.

Charlie Carrel won an even larger sum thanks to his victory in a $25,500 event coming after 97-players busted. Carrel collected $600,250 after a heads-up clash with Ali Imsirovic went his way. Imsirovic had to make do with the $428,750 runner-up prize this time around.

partypoker and the World Poker Tour have wasted no time in launching their next joint venture. The WPT World Championship Main Event and Mini Main Event has appeared in the partypoker tournament lobby. They’ve been assigned event #9 and #10 respectively, so it’s fair to say they’re part of a much larger festival.

$10,300 is the buy-in for the World Championship Main Event. This tournament features two starting flights, with players who bust on Day 1A allowed to try again on Day 1B. Everyone sits down with 100,000 chips and plays to a phenomenal blind structure than starts at 250/500/50a and increases every 30-minutes.

The Mini Main Event is a $1,050 buy-in affair that mirrors it $10,300 buy-in cousin in every way except the buy-in. Both events are sure to attract some of the best players in the business and the cream will rise to the top with this blind structure in place.

partypoker is running its PP LIVE Passport satellites and they represent even better value for their winners. Each PP LIVE Passport Final costs $1,050 to enter and has 10 x $10,000 packages guaranteed. Use one of these packages for the WPT World Championship Main Event and partypoker will refund the $300 tournament fee.

Anyone winning multiple packages can use them for re-entries to the Main Event, Mini Main Event, or soon-to-be-announced side events up to the combined value of $10,000 and all tournament fees will be returns. You’re essentially playing in WPT events rake free!

$1,050 is a little steep for the everyday poker player so partypoker has made the PP LIVE Passport satellites phased events.