Winners from the Poker Masters PLO Series So Far 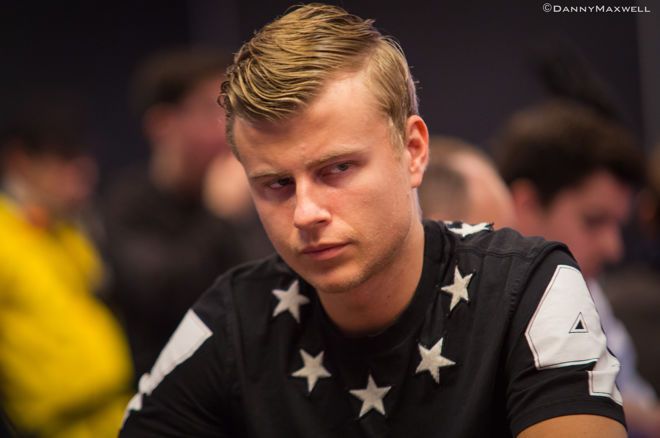 Eight winners have been crowned in the Poker Masters Online PLO Series on partypoker so far, with over $2.3m in prize money awarded so far.

Players are competing across a 14-event schedule, not just for the title of PLO Series champion and the purple jacket that comes with it, but also free entry into the $51,000 buy-in $1.5m GTD Poker Masters Online PLO Series Main Event this Sunday.

The final table of six were all guaranteed $59,4161, with Ami Barer bubbling in seventh place. Other players who were eliminated short of the money included Pascal Lefrancois, Laszlo Bujtas, Viktor Blom and Andras Nemeth.

In the end it was Eelis Parssinen who emerged triumphant, defeating Gavin Corhane heads-up to secure $440,000.

This result was one of four in Poker Masters Online PLO Series, which has seen the Finn cash for $638,873. Along with another PLO victory in the Poker Masters earlier this year, it means Parsinnen has now cashed for almost $1m exclusively in Poker Masters PLO Events.

Doubles for Kyllonen and Sonnert

Meanwhile, there were two victories apiece for both Jens Kyllonen and Bengt Sonnert. Kyllonen did his double in two $10,300 events, first tasting victory in the third event of the Series, defeating Jonathan Depa heads-up for $220,000, before adding another $200,000 later in the week.

In his second victory, he topped a Finnish one-two-three ahead of Eelis Parssinen and Aku Joentausta. There was also a spot at the final table for partypoker Sponsored Pro Roberto Romanello.

Sonnert achieved his double in two $5,200 buy-in events for combined cashes of over $212,000. His second victory came in Event #8, where he saw off three Finnish players including the rampant Parssinen, a fact he was very quick to point out on Twitter.

Four cashes, including a huge win in the Super High Roller, see Parssinen lead from compatriot Jens Kyllonen in the pursuit of the purple jacket. However, with six events remaining, Parssinen will still have to work hard to secure free entry into the $51,000 PLO Series Main Event.

Get Free SPINS Tickets on partypoker

Download partypoker via PokerNews and receive £40 worth of SPINS jackpot sit & go tickets when you make your first deposit.