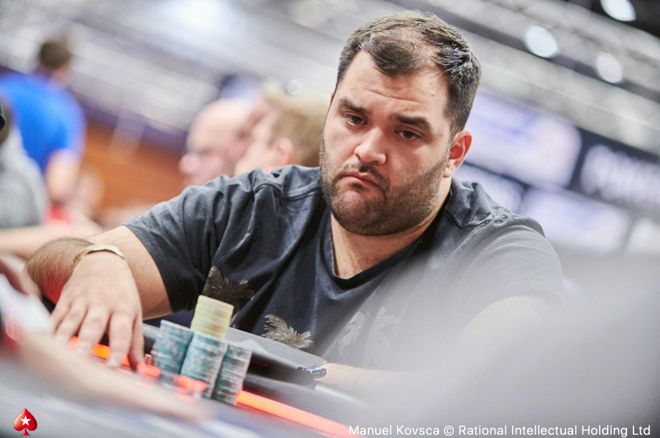 Dan Charlton won a PokerStars Summer Series event last week and now Yiannis “SupaFlyGreek” Liperis has got in on the action and banked a title of his own.

The least anyone could win by the time the final table was reached was $2,339 plus however much they had accumulated in opponents’ scalps. Those bounty payments ensured the top four finishers won a five-figure prize for their $109 investment, but it was Liperis who got his hands on the lion’s share of the prize money.

Jack “Jackerzzzzzz” Loraine was another sampling the sweet taste of success. The Brighton-based star finished first from 721 entries in the $109 Sunday Kickoff, an attendance that blew the $40,000 guarantee out of the water.

Loraine secured the $12,250 top prize after a heads-up battle with Canada’s “Bradford1977”; the Canadian netted $8,889 for their second-place finish.

Some of the other notable scores at PokerStars on June 14 included:

Five reasons you need to play a Summer Series event

888poker proved to be a happy hunting ground for British players with several of them reaching the final tables of the site’s biggest Sunday events.

Christopher “MAKKAPAKK” Johnson triumphed over 265 opponents in the $109 buy-in $25,000 Sunday Challenge. First-place in this tournament weighed in at $5,719. Two other Brits joined Johnson at the final table, namely “kboomthep0t” and “_Moylesee_” who finished in ninth and seventh-place for prizes worth $532 and $1,064 respectively.

There were four of our players at the last table of the $100,000 Sunday Mega Deep. Dara “Doked” O’Kearney finished in eighth and collected $2,250 with “Taksta” busting in sixth for $4,250. Fifth-place and $5,340 went to “fernythrills” before Rick “WhosToClaim” Trigg fell in fourth for a $7,600 addition to his bankroll.

There was plenty to get excited about over at GGPoker too where Simon Higgins finished fifth in the High Roller MILLION$ $2M GTD for a cool $73,753. Ireland’s “ExoticJoe” finished seventh in the same tournament for a $37,476 haul.

Two Brits reached the finale of the High Rollers Battle Royale and saw a significant return on their $1,050 buy-in. “Addichip” finished eighth for a total prize worth $6,426 while “rosiedog11” fired two bullet, that second shot bagging a combined prize that weighed in at $26,937.

There were a handful of other substantial scores on June 14, these included:

More than $3M GTD every Sunday in the Multi-MILLION$