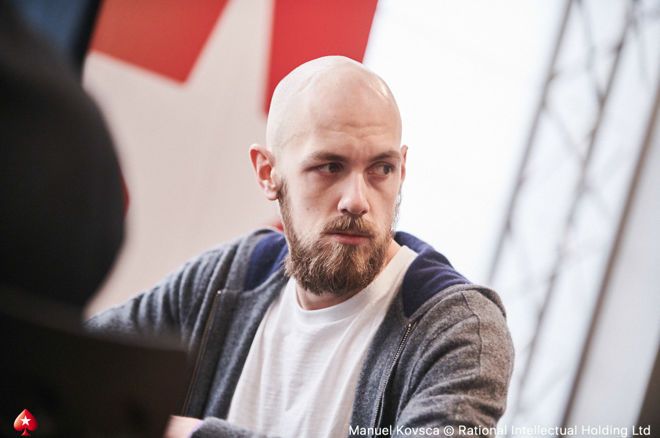 There have been some massive poke tournaments taking place online and their huge guarantees have attracted the best players in the world to the virtual felt.

Stephen Chidwick is one such player. Although Chidwick cut his teeth online, playing under the alias “Stevie444”, he’s predominately a live player these days, but the partypoker Super High Roller Bowl’s lure was too strong for him to ignore.

Chidwick was one of 43-entrants in the SHRB #23 – Super High Roller: $1M Gtd 6-max event. Those entrants created a $1,075,000 prize pool which was shared among the six players who reached the final table.

UK-based Spaniard Sergi Reixach was the first finalist to bust. He banked $58,109. Team partypoker’s Mikita Badziakouski fell in fifth for $75,250 before his teammate Isaac Haxton crashed and burned in fourth for $96,750.

Darrell Goh was the penultimate elimination. Goh scooped an impressive $139,750.

Heads-up pitted Chidwick against Artur Martirosian of Russia. Martirosian looked set for a double when he got his stack in with pocket queens on a five-high flop against Chidwick’s king-five. The turn bricked, but the river was a king, which handed Chidwick the title.

Luke Reeves was another of our players enjoying a deep run in a SHRB event. Reeves finished fourth from 103-entrants in a $10,300 NLHE 8-Max event for $90,125. Reeves has put together some awesome results of late, swapping his usual cash games for the tournament grind.

There was a similar result for Ben Heath who reached the final table of the $5,200 buy-in Big Game. The final table was ridiculously stacked with the likes of Mark Radoja, Andrew Pantling, Jon Van Fleet, Ole Schemion, and Linus Loeliger. Heath can be proud of his fourth-place finish that netted him $92,182. Congratulations to Alexandru Papazian who won the whole shebang for $240,975.

Over at PokerStars, Christopher “NigDawG” Brammer found himself in the winner’s circle having outlasted everyone in the $530 Sunday Marathon. Brammer, a former world number one, banked $12,012 after a leads-up deal with Niklas “Lena900” Astedt. He also finished eighth in the Bigger $215 for $976.

There was an impressive $35,061 score for “e-tremor” who finished fourth in the $1,050 6-Max Hyper-Turbo Sunday Supersonic SCOOP Edition. Fellow Brits “despedespi33” and Keith “Kungfumonk” Johnson finished fifth and seventh for prizes worth $24,636 and $13,941 respectively.

Some of the other notable results at PokerStars on May 31 included:

888poker proved to be a happy hunting ground for our players, particularly in the $25,000 Sunday Challenge where all but two of the finalists called the United Kingdom home!

It was a similar story in the $20,000 Whale with three Brits are the final table. Sam “sammygrinder “Grafton busted in ninth for $892 leaving two Brits in “AALUJAA” and “MarkBurtoni” to fly the Union Jack. The pair made it to heads-up and it’s here MarkBurtoni secured the title and the $7,650 top prize, laving AALUJAA to scoop $5,100.

Finally, the highlights from GGPoker where “pDNA” finished third in the WSOPC Series: $10K High Roller for a $115,319 score. PDNA is a regular at GGPoker and a regular high up the payouts in their biggest tournaments.