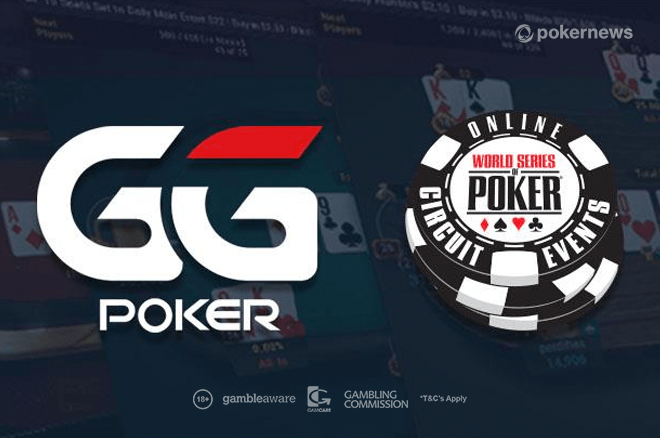 The 2020 GGPoker WSOP Online Super Circuit Event #17: Main Event $5M Gtd is now complete, and German player "schimmelgodx" is the Main Event champion. They powered through almost 10,000 people across the Day 1 starting flights, and 1,494 who found a stack for Day 2, coming back from just three bigs three handed to grab not only the $1,271,218 first place prize, but also the coveted WSOP Circuit Main Event ring.

The Main Event was the 17th event in an 18 event series that spanned most of May. With live poker on hiatus during the global pandemic, the World Series of Poker Circuit decided to move their series online, and GGPoker stepped up to the plate to host the massive series with $100 million in guaranteed prizes.

The Action on Day 2

The whole day took about 10 hours to complete, but it was all action right from the start. Day 2 started at 3pm Eastern with 1,494 players bagging chips on one of the Day 1 starting flights, out of the 9,779 that tried their hand. With 1,196 paid spots available, Day 2 started with a mad dash to cash, and it took less than an hour to start paying busted players.

Less than 30 minutes later, they were down to 800 remaining, and an hour later they were down to 450. It took another hour to get down below 200, and a further hour to get down to the final 100 players. Along the way, a number of big name players dropped by the wayside. "beninonline" and Fedor Kruse both cashed for $6,056, while tennis great Boris Becker cashed for $4,939. Adrian Mateos and Lester "mon$terDad" Edoc also managed to cash for $3,284.

The final 100 players took longer to work through, but it still only took about 90 minutes to make it to the final 32 players. Along the way, Indian players "Igutu" and "thehulk" were climbing the chip counts, sitting one and two at one point, but some noted players like Justin "PetitFoxx" Zhu (77th, $7,081) also fell by the wayside. It took almost two more hours to decide the final nine players, but once the final table convened, things sped up a bit more.

"MaillouL" ended up 7th after calling off their small stack in the big blind hoping to be live, only to run into aces for a score of $145,466. "CoRoNaTi" from Germany then exited in 6th for more than $200k when their suited queen ran into the king of "Igutu" and couldn't find help. Fifth place went to "tepuseenFD" from Greece for $299,627 after getting a very small stack in with the best hand, and hitting the flop, only to be runner-runnered by "Biereux".

They played four handed for nearly 30 minutes, and traded chips around the whole time until Juan Pardo Dominguez got it in with the best ace, but but got clubbed by the flush of "Igutu" for 4th place worth $430,022. It looked like "schimmelgodx" might be out in 3rd place after they lost a huge hand to "Biereux". However, they were still left with 3BB and managed to chip that back up again.

"Igutu" ended up as the 3rd place finisher after running queen-jack into king-jack for $617,164. That set up an unlikely heads up match between "Biereux" and "schimmelgodx". "schimmelgodx" was the chip dog coming into heads up play, but they managed to chip back up close to even before a huge hand where all the money got in on the river with both players holding two pair. "Biereux" had the worst of it and was left with just five bigs. It didn't take long for that to go into the middle with jack-queen on a jack high flop, but they ran into the jack-four two pair of "schimmelgodx" and ended their day in 2nd for $885,747.

That brings to a close the 2020 GGPoker WSOP Online Super Circuit. From everyone at PokerNews, congratulations to all the newest owners of Circuit rings.