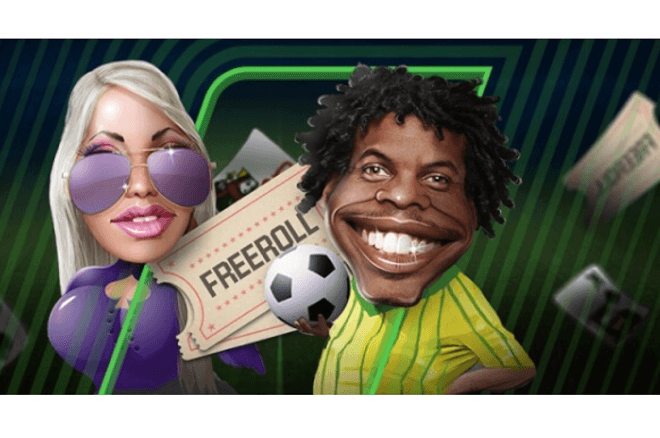 The European Bounty Cup runs from 12th June until the 12th July, and comes with a wide variety of ways to get your hands on some individual prizes as well as glory for your country, with multi-table tournaments each day with different buy-in levels.

Players will need to earn bounties for knocking players out. The more bounties you collect over the course of the festival, the more you stand to win in four different competitions!

Compete in this PokerNews Exclusive Freeroll

It's not often you get to represent your country at the poker tables, but the European Bounty Cup offers you the chance.

For every bounty you win, you add to your national total. The top three will then qualify for freerolls for players from the respective country.

The winners play for €2,000 prizepool, runner ups play for a €1,000 prizepool and third place plays for a €500 prizepool. Only players from the respective country, that have played at least one qualifying tournament, will be able to play the freeroll.

What's more, the more tournaments you play yourself during the European Bounty Cup, the bigger your starting stack in your country’s Freeroll.

Like many poker festivals, there is an overall leaderboard. In the European Bounty Cup it's in the form of a Dream Team. The best 11 individual players over the course of the month-long festival will win cash prizes and a special Dream Team avatar.

Points will be awarded for every bounty each player picks up. Each bounty will also count contribute to your own total score in the respective tiered Dream Team leaderboards.

With the focus of the European Bounty Cup on Bounties, there's an extra incentive for you to eliminate as many players as you can. For every five Bounties that you collect, you will earn a ticket into the Championship Raffle. There's an extra €5,000 to be won when the tournament come to a close.

The Championship Raffle will be live streamed on Monday 13th July!