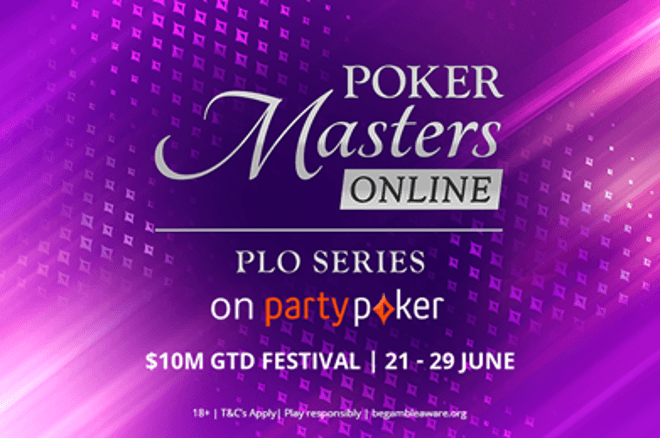 Both Andras Nemeth and Jens Kyllonen ended the Poker Masters Online PLO Series on partypoker with three titles each, but that wasn't enough to deny Eelis Parssinen the overall title by a single point. Parssinen took home the purple jacket after he topped the leaderboard with six cashes worth over $700,000.

He also won entry into the $51,000 Poker Masters Online PLO Series Main Event which kicked off last night. Here we round up the list of winners from the series, as well as preview Day 2 of the $1.5m GTD Main Event.

Three-of-a-Kind From Nemeth and Kyllonen

After picking up his first victory in Event #2 for $126,686, Andras Nemeth added two more victories to his name in Events #9 and #12. What's more, both victories happened on the same day!

The first victory came in the second $25,500 Super High Roller, with Nemeth winning $430,000 for defeating Gavin Cochrane heads-up. He then added $100,000 for his victory in Event #12, topping a final table again featuring Viktor Blom, as well as Eelis Parssinen.

New to Pot-Limit Omaha? Click here for PokerNews' guide on how to play

It was a nail-biter and a battle that swung back and forth. Parssinen had moved into the lead with a second-place finish in Event #14, won by Chance Kornuth. However, Parssinen's lead was a single point, and he knew that several players could still clinch the overall victory depending on the outcome of Event #13.

Both Aku Joentausta and Gavin Cochrane had chances depending on the result, but both missed out on even a cash allowing Parssinen to clinch victory by the slimmest of margins.

After 15 levels it's partypoker Sponsored Pro Isaac Haxton who holds a commanding lead over Grazvydas Kontautas, Christopher Kruk and Andre Filipe Santos who are all level in the middle of the pack. Aku Joentausta brings up the rear with 16 big blinds.

Get Free SPINS Tickets on partypoker

Download partypoker via PokerNews and receive £40 worth of SPINS jackpot sit & go tickets when you make your first deposit.