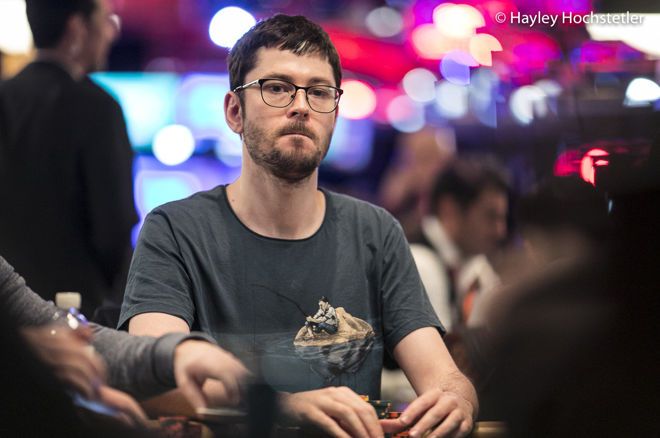 Whenever we scan through the various online poker tournament lobbies and find a Union Jack high up in the payouts of a Pot-Limit Omaha event we naturally assume the name is that of Gavin Cochrane.

You may not be familiar with Cochrane even though he’s been crushing Omaha cash games and tournaments for more than a decade. He doesn’t play live tournaments that often, instead he just goes about his business, vacuuming up stacks online like they’re going out of fashion.

Cochrane was just one of many elite PLO specialists who competed in the inaugural Poker Masters Online PLO Series at partypoker. Some of the world’s greatest PLO players competed for the massive prize pools and points towards what was ultimately a free $51,000 shot at the $1.5 million guaranteed Main Event.

The British star got his campaign off to a flying start, finishing second in the first event of the series, a $10,300 event with 72-entries. That locked up $162,000 for the former neuroscience student and all but ensured a profit for the series.

A Beginner's Guide to PLO

He didn’t have long to wait for his next cash as he finished sixth in the second event, a $5,200 buy-in affair, a result that banked Cochrane $17,213.

It was Event #5, a $25,500 buy-in tournament, that Cochrane’s name showed up in again. Once again he had to make do with the runner-up prize, although it’s hard to be disappointed when second-place weighed in at $281,540. Cochrane finished behind Finnish star Eelis Parssinen in that tournament, little did he know at the time it would be a result that would have a massive effect on the leaderboard.

Fast-forward to the 14th and final tournament of the series (with the exception of the Main Event), and Cochrane had cashed five times and won $754,094. It was a four-horse race between himself, the aforementioned Parssinen, Andras Nemeth, and another pair of Finns in Jens Kyllonen and Aku Joentausta as to who’d win the $51,000 Main Event seat and the coveted purple jacket.

Unfortunately for our hero, Cochrane couldn’t navigate his way into the top six places where the last $250,000 was awarded. Neither did Kyllonen, but Nemeth helped himself to fifth-place, a finish worth $17,500 and 26 leaderboard points. Parssinen kept up his incredible form and eventually busted in second-place for $63,986 and 96 points.

The points Parssinen collected meant he topped the leaderboard by a single point ahead of Nemeth. Cochrane ultimately finished in fourth place behind Parssninen, Nemeth, and Kyllonen.

What makes Cochrane’s fourth-place finish such a remarkable achievement is he also finished fourth in the Poker Masters Online PLO Series Mini standings too! The Mini events were only mini in name because they had buy-ins of between $530 and $2,600, approximately one-tenth the buy-ins of the High Rollers.

Cochrane racked up $51,852 from another four cashes. The only players finishing above him in the final standings were Jesper Hougaard, Bengt Sonnert, and Dante Fernandes. Fernandes must have used his “one time” because he cashed seven times, including two victories, for $99,194 in earnings.

Incredible performances by Cochrane and they were definitely worth shouting about. No doubt he'll be back in Poker Masters action if and when the series runs again at partypoker.