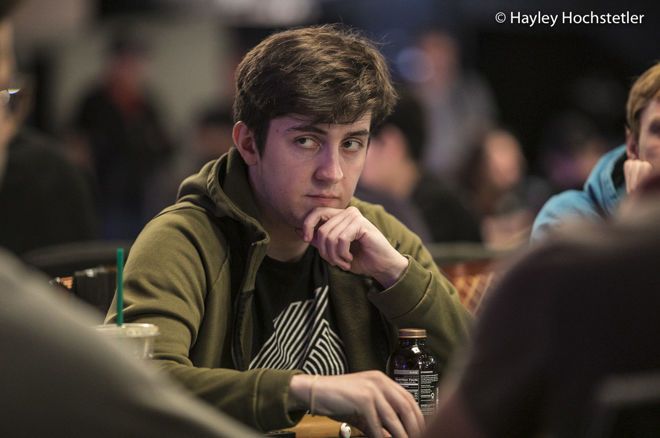 A late surge by Super High Roller Bowl London runner-up Ali Imsirovic (2,226,009) denied David Peters (2,107,400) the overnight chip lead. Peters had held the lead for much of the day, but will have to come from behind if he's going to take down the title.

Peters and Imsirovic are the only two players over two million in chips ahead of Jonathan van Fleet, Linus Loeliger and Dan Shak.

Here are the remaining 13 players in the $102,000 Super High Roller Bowl Online:

That leaves Justin Bonomo (SHRB China & SHRB IV) the only former champion in contention when play resumes at 19:00 BST on June 2nd.

By the end of the first level, the field was already up to 40 players with reigning WSOP Main Event champion Hossein Ensan leading after making a flush against Pavel Veksler.

READ MORE: Bicknell Tries to Make Most of 'Strange Times'

During the early part of the day, the chip lead changed hands on numerous occasions, but ultimately it was David Peters (pictured) who took control in sensational fashion. After eliminating Chris Hunichen, Chi Zhang and Andras Nemeth in the space of an hour, he moved up to two million in chips, more than double second-in-chips Sam Greenwood at the time.

Peters still led with 24 and 16 players remaining, but found his chip lead under threat with two tables remaining as both Sam Greenwood and Ali Imsirovic caught up to him.

Wiktor Malinowski, Ben Sulsky and Jason Koon were the last three eliminations of the day, and ultimately it was Imsirovic who got his nose ahead of Peters and will return in the lead with 13 players remaining.