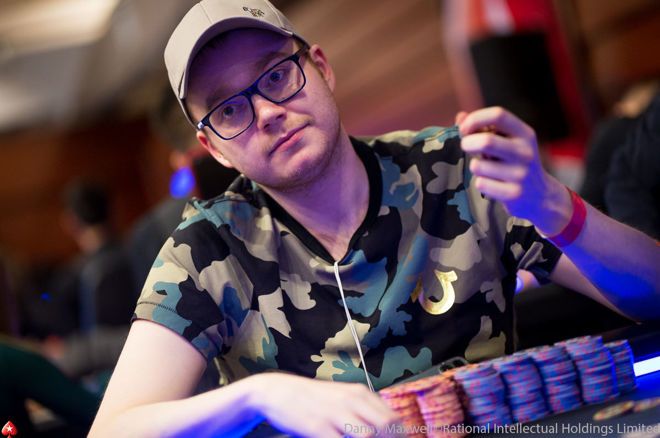 Conor “1_conor_b_1” Beresford now enjoys a lead of more than 2,500-points over his nearest rival in the UK online poker rankings, provided by PocketFives.com, after another sterling performance at the virtual felt last week.

Players of Beresford’s calibre love the thrill of the big buy-in tournaments during festivals so he’s in his element right now. Beresford won five tournaments last week for combined scores in excess of $200,000 so you could say it was a solid week for him.

The British star would be world number one was it not for Niklas “Lena900” Astedt being absolutely ridiculous at poker!

Patrick “pleno1” Leonard is still the UK’s second-placed player. The former world number one finished 14th in a PokerStars SCOOP $10,300 High Roller event for $22,662 and finished second in a GGPoker WSOPC Series: $1K for an additional $17,948.

Man of the moment Mustapha “lasagnaaammm” Kanit can’t do anything wrong at the tables right now. The Italian got his hands on a $10,300 NLHE 8-Max High Roller SCOOP title that also came with the not-so-small matter of $271,790 in prize money.

Also climbing this week is Sam “SamSquid” Grafton who now occupies fifth spot in the UK and a career-high 38th in the world. Among Grafton’s big scores this past week are a $10,143 haul for a sixth-place finish in a $530 SCOOP event and a $35,801 prize for finishing sixth in a $10,300 SCOOP High Roller.

Paul “Fold Machiii” Dando returned to the UK’s top 20 this week following a big win at PokerStars. Dando finished first in the $530 Bounty Builder High Roller and saw his bankroll swell by more than $100,000. Dando was ranked 56th in the world during 2016 and while he’s a little distance off that lofty position, it won’t be long before he returns if he continues banking massive scores like this.

Congratulations also to Bertie “bigstealer” Bayley who is now part of the top 20 online poker tournament players who call the UK home. Bayley banked $61,581 for his third-place finish in a $2,100 NLHE 6-Max PokerStars SCOOP event. He now has almost $1.5 million in wnnings at PokerStars alone.

Race For The Irish Number One Spot Heats Up

We warned you last week that “fastfingers” could be caught at the top of the Irish online poker rankings and it happened with James “jaymo” Noonan climbing to the summit.

Noonan is now number one by 350 points after a couple of impressive results. The biggest came in the Fast Friday $109 at PokerStars where he finished third for $9,38. Noonan also banked $7,777 for a deep run in the SCOOP edition of the Sunday Million. The sheer volume Noonan puts in could see him start to pull away at the top of these standings.

How to adjust for turbo and hyper-turbo MTTs

Sven “SvenCalls” McDermott is only 38 points behind fastfingers, a gap that is so easily bridged thanks to the massive MTTs taking place daily. McDermott collected a $3,018 score for his third-place finish in the $55 Daily Marathon at PokerStars, a $3,000 score in a SCOOP event and $2,424 for his third-place in the Bigger $109.

Rounding out the top five is Sean “monkeybudgie” Prendiville who won $16,086 for a third-place exit from the $215 Sunday Supersonic.

There were victories for Frank “Denman98” Lillis and Conor “ccoonnoorr” O’Driscoll. The former took down the Big $27 at PokerStars for $2,251 while O’Driscoll won the $21 Bounty at GGPoker for more than $2,200.

Another player enjoying themselves in a bounty event was “SRFC1899” who was a runner-up in a $44 Bounty Builder at PokerStars for more than $6,500.