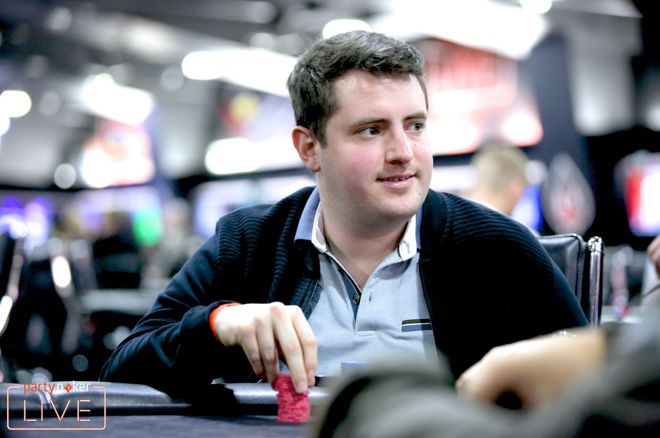 Tom Middleton is no stranger to being in the winner’s circle. The Yorkshireman is a phenomenal poker talent, one with more than $3.3 million in live tournament cashes and more than $6.2 million from his online poker escapades.

Middleton won a pair of major online tournaments on May 10, adding to his already glowing reputation.

Only the top 24 finishers received some of the prize money, a min-cash weighing in at £1,650. This increased to £4,350 by the time the final table was reached. Those finishing in the top four spots turned their investment into five-figure hauls.

was the first player to reel in five-figures, his fourth-place exit secured him a £13,500 payday.

busted in third for £18,000, which set up a heads-up clashed between “.HyperX.” and Middleton, the latter playing as “LuckyLenny”.

Discover why now's the time to join partypoker

While Middleton was busy winning the GUKPT National Online Main Event, he was grinding his way to victory in the £150,000 guaranteed Grand Prix UK Online at partypoker.

The tournament was left with a near £21,000 overlay, and Middleton took full advantage by clawing in the £25,050 top prize. The man known affectionately as “hitthehole” in online poker circles, defeated Jamie Dwan heads-up for the title; second-place weighed in at £17,655.

Middleton now has the chance to make it three wins as he’ll be taking on the champions of the Grand Prix 4 Dealers Online and the Grand Prix of Brazil, Canada, Germany, and Russia in a six-handed event where a $5,500 WPT Passport package is up for grabs.