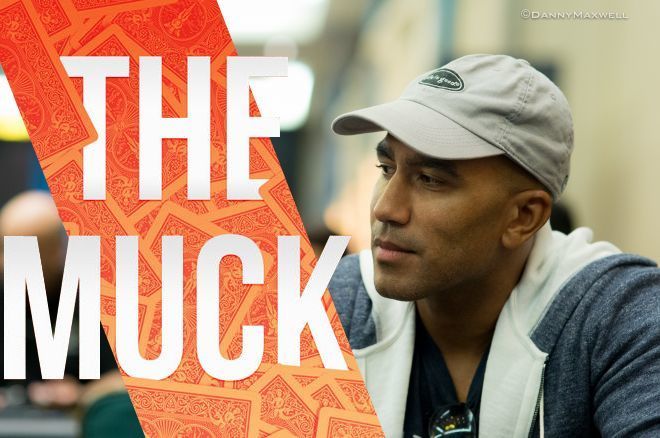 Did it make the Mike Postle scandal look like church service? Not exactly, but there’s no denying Bill Perkins' Saturday night tweet alleging a “cheating scandal in poker” sent shockwaves through the poker community. The tweet was light on specifics, which led to rampant speculation.

Perkins responded to some tweets, shedding a little light on the situation – such as that it involved online poker but none of the major operators – and followed up the initial tweet with one clearing well-respected poker pro Jason Koon.

A lot of loose ends were left dangling overnight before Perkins tweeted on Sunday sharing more details such as the alleged offense, a pro playing for a “fish account,” occurred in a private game on a poker app. He added that the number of participants was unknown, the investigation was ongoing, and that there was a confession as well as physical evidence.

“Settlement w/ 1 participant gave my word I would not publicly reveal UNLESS they lied during questions,” Perkins wrote.

He later added: “There is an ongoing investigation and the person caught/confessed got a ‘plea deal’ maybe it’s wrong a very bad spot for everyone.”

Perkins’ initial tweet set off a firestorm of rampant speculation, with many critical of him putting it out there without more details. The names of various poker pros and online poker sites were needlessly bantered about as players and fans tried to figure out just what the hell was going on.

“You’ve created a ton of speculation and unwarranted attention on other pros with your incomplete posts,” Chris George wrote.

While Perkins’ Sunday tweet offered some clarity, it wasn’t met with a warm reception. Among the common responses to the tweet were that pros have either been playing on or ghosting “fish” accounts for years and that the scandal did not make the Mike Postle situation look like “church services” and the comparison was a letdown.

When asked how it was bigger than Postle, Perkins responded in terms of the money involved. He’d eventually concede that the situation was not comparable to the Mike Postle situation.

“I was hurt and angry at the same time and to me emotionally and to others financially it was bigger but that was a terrible analogy,” he tweeted.

Perkins still faced criticism for the way he revealed the scandal and his unwillingness to reveal the names of those involved.

“I'm not going to be his executioner given he cooperated and confessed,” Perkins wrote, though he did claim the culprit was a “top-seven pro.”

Among the well-known poker pros to engage him on Twitter were Mike McDonald, David Williams, Matt Glantz and Doug Polk.

Dan Bilzerian to the Rescue?

While Perkins wasn’t willing to serve as executioner, Dan Bilzerian wasn’t afraid to pick up the axe and give it a swing. In a now-deleted tweet, which was widely screenshot, Bilzerian identified Dan “Jungleman” Cates as the culprit. Allegedly, he had played on the account of someone named “Sina Taleb” in the Fun Ocean poker app.

In response, Cate sent out a single tweet of his own:

It's not the first time Cates has been embroiled in scandal. Back in 2011, he was linked to the cheating scandal involving José "Girah" Macedo and Haseeb “Dogishead” Qureshi.

On Wednesday, Cates finally published a long-awaited response on Twitter:

To be clear, I started playing with Sina (his last name is not Taleb, for the record) on May 8th and ultimately played very few sessions, none of which were against Dan Bilzerian as claimed.

I played very few hands against Bill Perkins, who sat in a game I understood was rampant with professionals who were ghosting. I thought since many on the site were using pros to play for them (which was clear by the uniquely high level of play) at the time it felt acceptable for me to be playing. Unfortunately Bill got caught in the crossfire and I'm very sorry for that.

While I don't think it's fair that I’ve been singled out for something many were much more guilty of, I accept that as a role model for the poker community my punishment should be disproportionate compared to a normal player. I hold myself to a high standard of ethics and aspire to be devoid of inequity, but I still make mistakes and am sorry for my actions. I will do my best to behave better in the future.

I'd also like to give gratitude to my friends and the people that supported me on the internet and other communications. Your efforts were vital to mitigating this situation and I appreciate your concern for me. Special thanks to Nick Schulman who contacted me to make sure I was ok and started the #Freejungle movement. If anyone else believes in my integrity and that I should not be lambasted over the internet, I would appreciate any support and will appreciate it especially if I know you.

If Cates expected that to be the end of it, he was mistaken. A number of well-known poker players let him know they were less than pleased with the example he was setting and what they saw as a refusal to take responsibility.

@junglemandan @DanBilzerian Other doing it is no excuse for you also doing it. Clearly if you wanted to play the ga… https://t.co/xsPCCchUpC

@junglemandan @DanBilzerian This is not an apology. Shady behavior by top players in the industry is not a good sig… https://t.co/cw8mvtunx9

On Thursday, Cates followed up his initial apology with another:

PokerNews will continue to monitor the story for any further developments, but it seems for the moment, all parties have said their pieces.