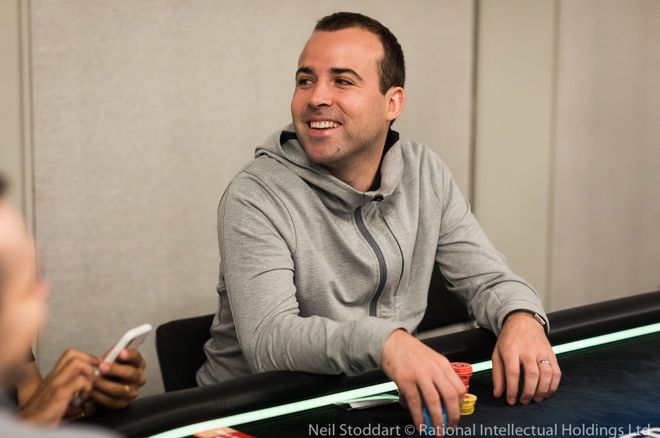 It was another exciting day of poker at the online tables on Day 27 of the 2020 Spring Championship of Online Poker (SCOOP) with hundreds of thousands of dollars one by players on PokerStars.

Several events crowned their champions, others progressed closer to their star-studded final tables. Let’s check out the biggest news and results from Day 27 of this $135,000,000 guaranteed poker festival.

A champion was crowned in the 2020 PokerStars Spring Championship of Online Poker SCOOP-96-H: $5,200 NLHE [8-Max, Main Event 2nd Chance] and it was French-Canadian poker pro Pascal "Pass_72" Lefrancois that earned his first SCOOP title, which came with a payday of $416,742.

Out of a field of 465 entries, the lion's share of the $2,325,000 prize pool was still up for grabs on the final day and Lefrancois defeated Alfred "Kzzon" Karlsson in heads-up to claim another major title for his poker resume.

Karlsson had to settle for a payday of $309,752 and Will "hellzito" Arruda continued the strong results of players from Brazil with a third-place finish worth $230,230.

Lefrancois took over the lead after 15 minutes of play and from there on assumed control, he sent five of his compatriots to the rail and clinched the title in under five hours.

Andrey "Anjeyyy" Novak (6th place) and Pavel "silentm0de" Plesuv (4th place) were denied repeat victories during the current festival while Lefrancois earned a SCOOP title of his own in dominating fashion.

After just over five hours on Day 3 of the PokerStars 2020 Spring Championship of Online Poker 96-M: $530 Main Event 2nd Chance, an inaugural champion has been crowned. Fabio "LFFF22" Freitas defeated Day 2 chip leader "thx4urm0n3y" heads-up for the first-place prize of $348,643 and a brand-new SCOOP title. The tournament attracted 4,899 entries on the first day for 607 players to get paid a share of the $2,449,500 prize pool which was created by them all.

Freitas has had some pretty deep runs and wins before but none have yielded the same results as he has done here today. He overcame many hurdles but managed to clinch the win in the end. The final table also included "LuckyBet101", "serrazina11", Bradley "mrbradleyy" Harwood, "$ubuta1", "AfRoBiZzLe!", "Anton720", and "Jessofaces13".

But there were more players in contention today as the final day of the 3-day tournament started with 16 players, "galo_pb", Leo "LeoFernandez" Fernandez, "bernderbei2", "M4GPI3, "cmontopdeck", Luuk "pokerkluka" Gieles, and Felipe "Carboneraa" Carbonera were there too at the start of the day.

Check out the SCOOP-96-M Live Updates

The event began with eight entrants and ballooned to 118 entrants including 38 re-entries by the time the nearly 5 1/2 hour late registration period ended to create a $1,180,000 prize pool.

Daniel "Oxota" Dvoress virtually bagged an overwhelming chip lead of 8,117,321 for more than double his nearest opponent. Dvoress took the chip lead late in the day before extending it further while bubbling Mikita "fish2013" Badziakouski in 16th place to end Day 1 slightly more than eight hours after the day began.

Closest behind Dvoress was Finland's "osw666" with 3,288,708 in chips. Little is known about this player, along with another player that bagged chips with the "megaliciou$$$" screen name, but they appear to have qualified through a $53 feeder tournament into a $530 satellite into a seat into the High Roller. Now, this player is guaranteed at least a $21,566 min-cash with a chance at the $258,639 top prize.

Check out the 12 other champions crowned on Day 27 of the PokerStars Spring Championship of Online Poker.

Events Scheduled on May 27th

Here is the schedule of today's events, including two $500k GTD Progressive KO tournaments as well as the Midweek Freeze.