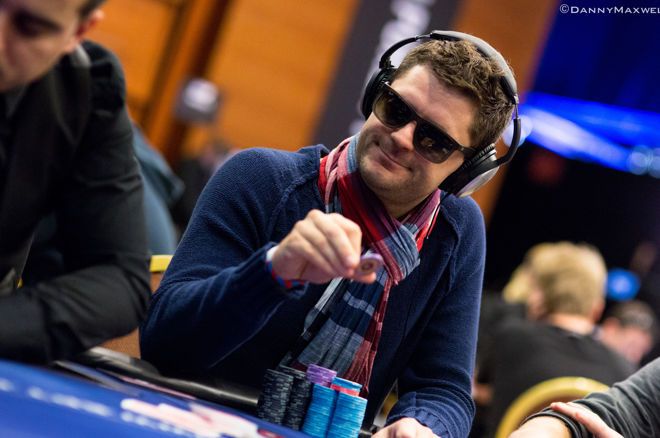 The 19th day of the massive $135 million guaranteed PokerStars Spring Championship Of Online Poker (SCOOP) was yet another day to remember for online poker tournament specialists.

A handful of prestigious events crowned their champions, dozens of players padded their bankrolls with large amounts, and the six Main Events whittled their field down and potential champions began standing out.

More than 11,000 players entered the SCOOP-01-H: $215 NLHE [Phased Event] $2M Gtd and Simon “ministerborg” Ravnsbaek outlasted them all. It wasn’t plain sailing for the talented Dane, but he managed to get his hands on a SCOOP title and $225,009 in prize money.

Twenty-seven players returned to the PokerStars virtual felt for the final day of this $2 million guaranteed event. Players including Joao “IneedMassari” Simao, Damian “pampa27” Salas, and Jakub “Olorionek” Michalek all busted before the final table but still saw a return on their investment.

Each of the nine finalists locked up at least $19,411, but some of the pay jumps were significant. Everyone was guaranteed $66,139 by the time “Riverbanged”, “anth0nypappa”, WSOP bracelet winner Michael “merla888” Gathy and “VdZzZ” fell by the wayside.

Germany’s “chininhaltig” was sent to the rail by Ireland’s James "deyrzuited" Noonan before Noonan himself exited in fourth for $89.823.

Luke “Bit2Easy” Reeves won the tournanent’s first six-figure prize. His third-place finish locking up $121,988 and setting up a one-on-one battle between “beagel 3” and Ravnsbaek.

Ravnsbaek held a 4-to-1 chip lead at the start of play but his opponent clawed his way back into contention. The pair discussed a potential deal while the tournament was on a scheduled break, but they failed to reach an agreement. A slight technical error prevented the tournament from resuming, and the players continued their deal negotiations. Again, no deal was struck as and the tournament finally resumed.

A huge pot went Ravnsbaek’s way to give him a huge lead and it was all over soon after. The final hand saw a short-stacked beagel 3 shove with ten-five and Ravnsbaek call with queen-three. A three on the flop was enough to secure the title for the popular Dane.

All The SCOOP-01-H Updates Are Here

Plusev started the final day with a top five stack from the 37 remaining players. He used that big stack to his advantage throughout the final day’s proceedings and ran out a worthy champion.

Plusev was the chip leader with five players remaining and the writing was on the wall for the other players.

“NLZWERVERNL” and Andrew “stato_1” Hulme of the United Kingdom were the next final table casualties before another British player, “zivziv” fell in third-place for $99,206.

This left Plusev and “XxJoaoFeraxX” of Brazil to play heads-up for the title. It only took four hands for Plusev to bring home the bacon such was his chip advantage at the time. His ace-eight prevailed against his opponent’s dominated ace-four and the title was Plusev’s.

Read how Plusev marched on to victory

All six 2020 SCOOP Main Events continued on May 18, all doing so under the watchful eye of the PokerNews Live Reporting team.

The $10,300 NLHE Main Event is down to only 40 players and one of them will walk away with $1,062,966. The field is ridiculously stacked, as you’d imagine for a tournament of this magnitude and the chip counts read like a who’s who of poker.

The PLO Main Events are also in full swing and yesterday edged closer to crowning their champion.

Adam “Adamyid” Owen is the man to catch going into the final day of the $1,050 PLO Main Event. He and Sweden’s “BomPang” are the only players with eight-figure stacks, but the chasing pack contains the likes of Ignat “0Human0” Liviu, Max “goodeh99” Silver, and Mike “SirWatts” Watson.

Connor “blanconegro” Drinan is the chip leader and in the hunt for yet another SCOOP title. He won’t have it easy because Jens “Jeans89” Kylonnen, and Linus “LlinusLLove” Loeliger are among those still fighting for glory.

The only events currently in-play are the six SCOOP Main Events highlighted earlier in this article. PokerNews is reporting on four of them, head to our live reporting pages and rail home your favorite player!

How to crush three-bet pots in PLO

Events Scheduled on May 19