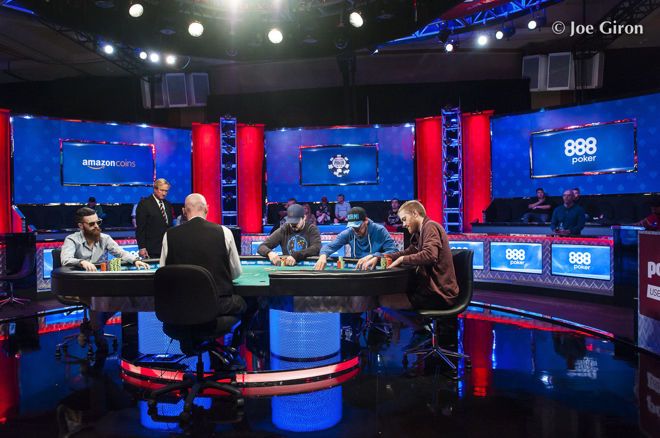 If recent news out of Nevada is any indication, four-max poker will be more than just a novelty from select mix-max tournaments and niche online events.

Four-handed poker will be the maximum allowable under the rules released that detail what Nevada's casinos must do in order to facilitate the reopening process, CardPlayer reported.

Here's the exact wording, from the document with all of the guidelines:

Reopening plans must also outline how a given property will engage in regular cleaning and disinfecting of cards, chips and other minutiae essential to the game of poker.

Las Vegas properties have been closed by order of Gov. Steve Sisolak since the middle of March.

Some activities can fairly easily be adjusted to the new norm of social distancing, but it's clear that poker is totally at odds with the concept.

While some levity on this very subject came when Amit Makhija fired off an amusing tweet during the time when Venetian floated the idea of three-handed poker tables — that concept was short-lived as the shutdown order came soon after — it's worth wondering whether four-handed poker can even work in practice.

For one thing, Makhija and other former online pros used to short-handed action are likely in the minority, as anyone who has spent significant time in a live poker room knows. Many players are uninterested in playing short-handed, preferring to break tables or call it a night when games get short. It's unclear if there would be enough interest in four-handed poker to populate a room, at least to the 50% capacity allowable under the guidelines.

Furthermore, there's the question of rake. Four-handed tables typically get a sizable rake reduction when they do run, since they're playing so many more hands per hour than a full table. Poker rooms may not wish to run every table on reduced rake if they feel it isn't cost-effective. Players, however, would balk at seeing the drop eat up all of the money on the table at the regular rate.

Tournaments would seem unlikely to be a thing given the number of dealers needed and the relatively lower amount of rake generated when compared to cash.

When Will Casinos Reopen?

As for when everyone will find out whether four-handed poker can work, that remains an open question. While the governor has maintained current closures are necessary for the safety of everyone in Nevada, there's been significant pushback from Las Vegas Mayor Carolyn Goodman, who appeared in a highly publicized CNN interview recently and forcefully argued that casinos and other tourist-based businesses must reopen as soon as possible.

Some hints have recently been dropped as to a possible timeline, though.

According to The Nevada Independent, Phase 1 of the reopening process is being targeted for May 15. However, that phase will not include the reopening of casinos, at least at the start.

Phase 2 would see a "large number of businesses and activities permitted," albeit with continued social distancing, which would seem likely to include poker.

"Entering into a 'Phase 2' will come after the state is able to expand public health infrastructure to scale, including 'widespread point-of-care testing, largescale case contact tracing, and the ability to care for vulnerable populations,'" the article reads.

Until that time comes, poker players in Nevada must continue to wait for live poker to return.

Check Out Oddschecker US today!