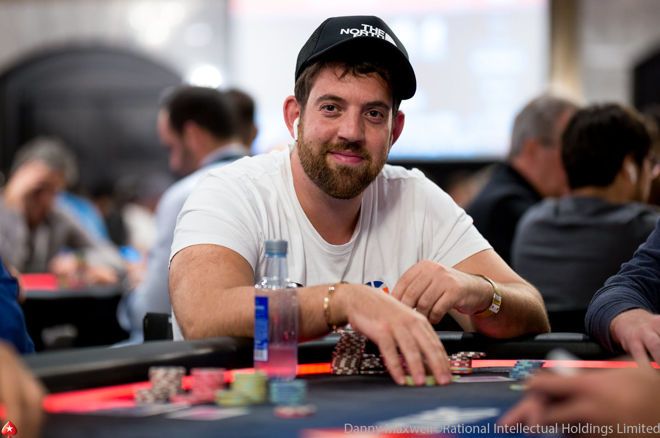 All the extra online poker tournaments available to players right now are causing a shake-up of the online poker rankings. The United Kingdom has a new name in its top 20, although that name is extremely well known.

Luke “Luke Schwartz” Schwartz is one of man players who dedicates himself to the SCOOP schedule. This year’s no different as he’s been hitting the tables with alarming regularity and when a player of Schwartz’s calibre plays a lot, the results come flying in.

These incredible results have resulted in Beresford leapfrogging Niklas “ena900” Astedt as the number one online poker tournament player in the world, according to PocketFives.com.

Patrick “pleno1” Leonard is still more than 3,500 points behind Beresford at the top of the leaderboard, but that gap will reduce drastically when his $1.6 million score is added to his tally.

Tyler “Wonderboy222” Goatcher is another man enjoying a purple patch. He added another $107,504 to his bankroll by winning the SCOOP-54-H: $1,050 NLHE event. This results propelled Goatcher into third-place in the UK and a career-high of 11th in the world.

Shout outs have to go to Ryan “ryanp” Plant and Henri “Buehlero” Buehlero who continue to win big at GGPoker. Plant was a third-place finisher in the Zodiac Dragon High Roller for $12,218. Buehlero also finished third in the same event, but on a different day, and won $17,010.

“fastfingers” returned to the top of the Irish online poker rankings, but his stay there should be short-lived. A $39,652 score for finishing third in a $55 NLHE SCOOP event saw fastfingers catapulted over James “Jaymo” Noonan at the summit.

Noonan enjoyed his own big prize, but it came too late to be considered for the latest rankings update. Noonan finished fourth in the $215 NLHE Phased event for almost $90,000. He also picked up more than 670 rankings points so should become the number one in Ireland next week.

A massive $521,598 was awarded to Steve “MrTimCaum” O’Dwyer for his victory in the $25,000 Super High Roller SCOOP event. Strangely, that accrued no ranking points. Perhaps this will be fixed at the next update.

Lastly, a doff of the cap to Alex “FutureOfMe” Kulev who netted $7,238 for his sixth-place finish in the $55 NLHE SCOOP event.