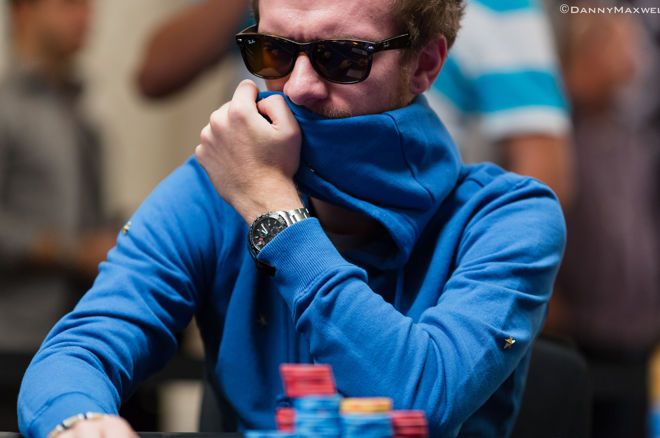 Jareth East got his hands on a career-best poker tournament score on May 27 when he was the last man standing in the WPTDeepStacks online at partypoker.

A bumper crowd of 3,554-entrants over the course of several starting flights ensured the $3 million guarantee was smashed by an impressive $354,000. That legion of players was whittled down to a more manageable 18 by the end of Day 2.

East returned to the partypoker virtual felt with 5,641,535 chips, enough for ninth-place at the restart. Fellow Brits Ludovic Geilich and Phil Mighall joined East on Day 3 of the WPTDeepStack events, each vying for the $557,658 top prize.

Geilich’s quest for glory didn’t go to plan and he crashed out in 12th place for $27,259. The Scotsman made amends for falling short in this tournament by triumphing in a $10,300 Super High Roller Bowl event for a cool $238,676.

Mighall started Day 3 second in chips but ran out of steam with five players remaining. The Brighton-based grinder collected $116,215 for his fifth-place exit, the first six-figure prize awarded in this $1,050 buy-in tournament.

This left East as the last British player in the field. Greece’s Dimitrios Farmakoulis lives in the UK, Bournemouth to be exact. Farmakoulis fell in third-place for a $253,755 addition to his bankroll.

The Greek star’s exit left Jon “apestyles” Van Fleet and East to fight it out for the title and the lion’s share of the prize pool. No deal was struck despite a $164,941 difference in prize money.

East was crowned the champion after setting a trap for the former MILLIONS Online winner. East limped in with

and Van Fleet checked his

. Van Fleet checked the arrival of the

and East remained ahead. The

This is by far East’s largest-ever score at the poker table. His previous best weighed in at $132,200, his reward for winning a $320 NL Hold’em event during the 2014 WCOOP at PokerStars. East now has more than $3.8 million in online poker tournament winnings. He can also brag about being a WPT champion, too.

East once topped the UK Online Poker Rankings and was rated as highly as 12th in the world. Unfortunately for the Reigate-based pro, this epic result won’t affect the rankings because the tournament was played with real names and not aliases.

Get Your Hands On £40 Worth Of SPINS Tickets

When you download partypoker via PokerNews and make one real money deposit, you receive £40 worth of and SPINS tickets.