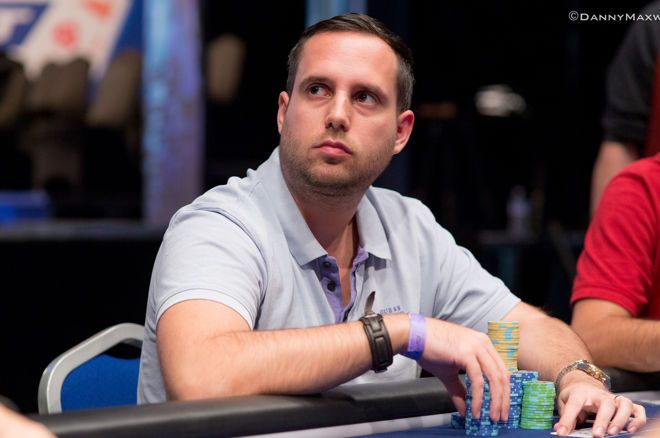 There's no shortage of poker action online in May, with fields and their respective guarantees being crushed around the globe. The WPT500, known for its massive live fields, has moved online to partypoker to play out their first-ever of the mid-stakes festival. The tournament had no issue attracting customers to the digital arena, as no fewer than 4,828 entries were made to create a prize pool of over $2,400,000.

In the end, it was Fabio Sperling who stood tall over his opposition, adding $281,125 to his bankroll in the process. The top prizes were divided after a four-way deal, with Italy's Walter Treccarichi finished second for $235,666, Austria's Markus Prinz ended up in third for $202,012, and Christopher Putz claiming forth for $187,289.

Check out the entire WPT Online schedule on partypoker!

The WPT Online on partypoker is extended to May 31st with guarantees doubled!

Nine players gathered for the final table, each of them already guaranteed over $35k for their efforts. According to WPT's report, Fabrizio Gonzalez was the first to go, being ousted after a three-way all-in situation that left Giuseppe Vassallo with a mere ante, who bowed out next.

Start-of-the-day short stack Daan Mulders was next to go, calling off a Treccarichi blind-on-blind shove with ace-six suited. Treccarichi had eight-five and improved to leave the field with six.

READ MORE: Earn Up to $2,500 Per Week From the partypoker Refer-A-Friend Scheme

Arutyun Saakyan was next to go and once again, it was Treccarichi pulling the trigger. Saakyan got it in with a pair and the nut flush draw against Treccarichi's set, but the Italian filled up on the turn to leave Saakyan drawing stone dead. Philipp Dietrich, the shortest with five left, ran jack-eight suited smack dab into Treccarichi's ace-eight and the better kicker held out.

The four agreed to a deal and the tournament was concluded, leaving Fabio Sperling with the WPT500 trophy and $281,126 in prizes.

With these incredible fields at partypoker, there's never been a better time to defect! partypoker has pulled all the stops to attract new players by launching the Defection Party promotion that pays out millions in prizes over the next weeks.

Defection Party runs from May 7 through June 4, with partypoker launching a four-pronged attack to attract customers to their portal. This promotion runs alongside the new Refer-A-Friend program that is paying double commission for the first four weeks.

Check out all the details of partypoker's defection party right here