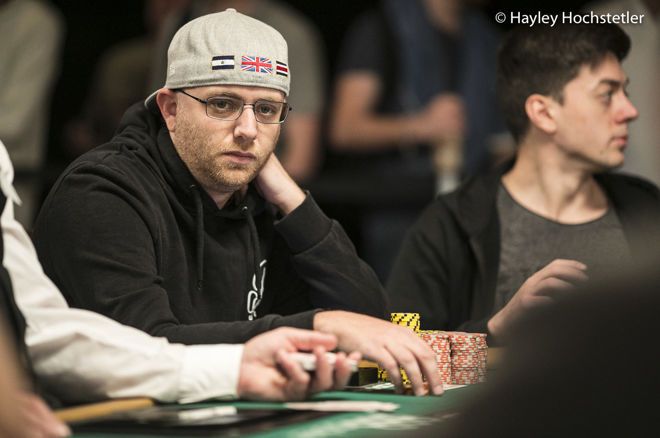 There were some massive prizes awarded in the online poker world on May 17 and Elliott Peterman got his hands on one of the biggest of the day.

Peterman made it through to the final day of the $2,100 buy-in 6-Max Weekender tournament at partypoker, which was part of the ongoing WPT Online Series. Only 69 players sat down on the final day and nine of those stars went home empty-handed.

Plenty of British grinders saw a return on their investment. The likes of Patrick Leonard, Tyler Goatcher, Luke Reeves, and Jareth East all finished in the money. Christopher Brammer and Roberto Romanello also went deep.

The six-handed final table was a star-studded affair where everyone locked up at least $40,062.

Former European Poker Tour champion Aliaksei Boika was the final table’s first casualty and he was joined on the rail by Dimitar Danchev. Luc Greenwood fell in fourth and walked away with $88,622 before Alexandros Kolonias got his hands on the event’s first six-figure prize, namely $125,649.

Kolonias’ exit left Ireland-based Italian Eugenio Peralta and Peterman to lock horns heads-up for the huge top prize. No deal was struck between the two remaining players despite the $60,692 difference in prize money.

We have two players at the final table of the latest WPT Online Series Super High Roller, too. Only seven of the 91 starters remain and they return to action at 7:00 p.m. on May 18. Each is guaranteed $91,000 for their efforts so far, but there’s the not-so-small matter of first-place being worth $591,500.

Ireland’s John O’Shea returns with 434,774 chips, enough for third place going into the final day. Luke Reeves is armed with 732,391 chips which means only Elias Talvitie has more chips than him. Good luck, gentlemen!

In the other WPT Online Series tournaments that finished on May 17, Simon Deadman collected a combined $7,044 for his sixth-place finish in the $530 6-Max Turbo Bounty. Irishman Brian Nolan finished fourth in the $55 Mini 6-Max Turbo Bounty for a total prize worth $4,544.

There were also some decent non-SCOOP results for our players over at PokerStars, including a second-place finish in the Bigger $109 for Dan “NukeTheFish!” Wilson which was worth $2,907. Wilson also finished sixth in the Bigger $215 for an additional $1,772.

Some of the other big scores at PokerStars included:

Have You Played Premium Steps Sit & Go's on bet365?