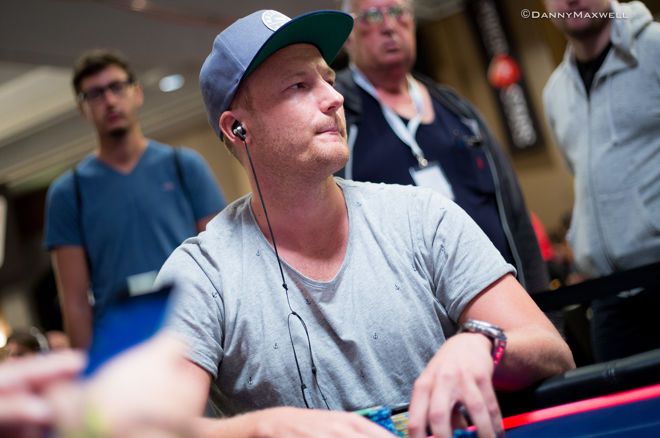 The 2020 WPT Online Championship has reached its final table after the 398 entrants were whittled down to only eight hopefuls over the course of three days. One of those eight players will pad their bankroll with a cool $1,048,087 and it is Sweden’s Christian Jeppsson is who in pole position when play resumes on May 20.

Day 3 started with 34 players in the hunt for the title. Stefan Lehner was the first of the returnees to bite the dust. He gained some company on the rail by such superstars as Max Silver, Simon Higgins, and Ema Zajmovic who each banked $21,150.

2015 WSOP Main Event winner Martin Jacobson, Vlad Darie, and Matthias Eibinger were among those who collected $28,755.

Going even deeper, but falling short of a final table appearance, were Ami Barer, Benny Glaser, Vicent Roman and Dmitry Yurasov. Yurasov busted in ninth-place to set the final table and win the final $51,120 prize of the tournament.

Find out why NOW is the time to join partypoker

Each of the eight finalists returns to action at 8:00 p.m. CET on May 20 knowing they’ve secured at least $66,776 for their efforts. None of them will want to walk away with that sum because more than $1 million awaits the eventual champion.

Jeppsson is the man to catch going into the final table. The Swede has won millions of dollars from online poker tournaments during a long and illustrious career. He won the PokerStars Sunday Million in February 2020 and the former world number one goes into the finale as the hot favourite.

Sam Greenwood started Day 3 as the chip leader and continued his run by bagging up enough chips to claim second-place on the overnight chip counts. There’s little that Greenwood hasn’t won in his career, although this title would be right up there with the best of his accomplishments.

Others still in the hunt for glory Viktor Ustimov, Jukka Koskela, Nikolay Ponomarev, and Pascal Teekens.

Play resumes at 8:00 p.m. CET and partypoker is streaming the action on its Twitch channel with James Dempsey providing commentary throughout. Who will be the WPT Online Championship champion? Tune into PokerNews on May 21 to find out.