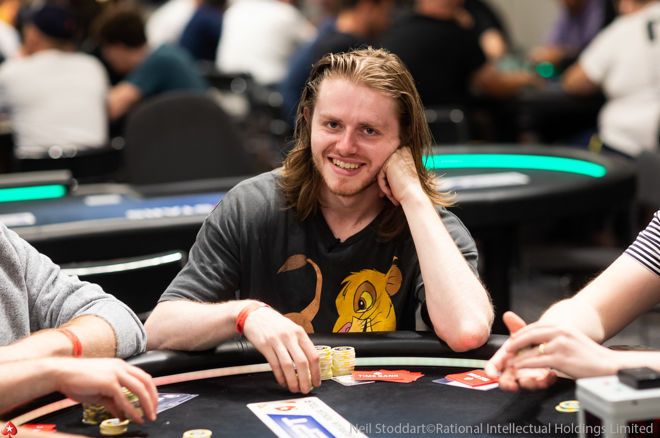 Charlie Carrel helped himself to yet another major poker title over the weekend when he triumphed in the WPT Online Series Super High Roller.

Niklas Astedt, Joni Jouhkimainen, Fedor Holz, Ole Schemion, Ben Heath, Dan Smith, and David Peters were just a handful of superstars who busted before the money. United Kingdom-based Aussie Michael Addamo was the unfortunate soul who burst the money bubble, his 17th place finish the final spot before at least $49,000 was secured.

Juan Pardo, Roger Teska and Nick Petrangelo were among the first players to cash. As were Matthias Eibinger, Conor Beresford, and Vicent Bosca Ramo. Thomas Boivin saw his tournament end in 10th place before Sam Greenwood’s exit in ninth set the final table.

Finland’s Pauli Ayras had a profitable Poker Masters Online series and continued his recent form with an eighth-place finish in this star-studded event. He was joined on the rail by Chris Hunichen who netted $98,000, which was the last prize not to weigh in at six-figures/

Sixth-place and $122,500 went to Wiktor Malinowski before Arsenii Karmatckii of Russia fell by the wayside in fifth for a $159,250 prize.

Ivan Galinec couldn’t quite finish the job this time around, but the $214,375 fourth-place prize money will go some way to taking away the disappointment of not winning. Ayras’ fellow Finn, Elias Talvitie, was the penultimate bust out, his third-place finish saw his bankroll swell by a cool $306,250.

Talvitie’s exit left Carrel and Ali Imsirovic to fight it out one-on-one for the title. The difference between first and second place was more than $170,000 but neither players struck a deal. This meant Carrel got his hands on $600,250 when he won the heads-up match, resigning Imsirovic to a still massive $428,750 consolation prize.

This is why now's the time to join partypoker

This huge score is the latest in a long line of impressive results enjoyed by Carrel. Amazingly, this isn’t Carrel largest online score. That honour is bestowed on his 2017 SCOOP Main Event title that saw Carrel walk away with a shade over $1.2 million.

Carrel is no slouch in the live poker tournament world either. He has won more than $9.5 million in live poker tournaments, including three seven-figure scores. The largest of those came at the Triton Poker Super High Roller Series London festival. Carrel topped the £50,000 No-Limit Hold’em 8-handed event for £1,321,000 ($1,601,853).