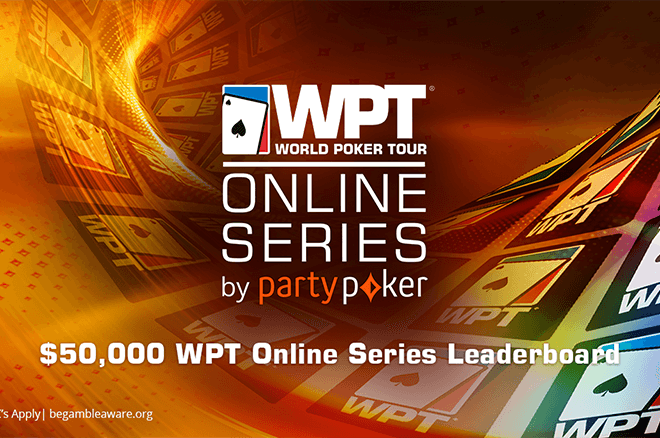 partypoker is hosting he inaugural WPT Online Series and the site is proving to be a happy hunting ground for players who call the United Kingdom and Ireland home.

It didn’t take long for one of our players to back a massive prize. Stewart Kirby navigated his way to the final table of the WPT #01 – Opener: $2M Gtd event, eventually falling in fifth-place for a $98,661 payday.

The $1 million guaranteed Knockout, a $2,100 buy-in affair, saw Max Silver and Jack Sinclair put together deep runs. Silver ran out of steam in ninth-place and burst the final table bubble. He collected a combined $10,363. Sinclair finally busted in fifth place and added $44,002 to his partypoker bankroll.

There was a $7,850 total prize for Patrick Lauber who finished seventh in the $215 edition of the Mini Knockout.

Two British grinders reach the $162 Mini Superstack final table, but couldn’t quite get the job done. Andrew Wilson saw his tournament end in a seventh-place finish worth $4,419 before Andrew Hulme busted in sixth-place for a $6,370 score.

We also narrowly missed out on the WPT #05 – Superstack: $500K Gtd title. Kfir Ivgi made it all the way to heads-up but fell in second-place for an $88,159 addition to his bankroll.

It's not too late to join the WPT Online Series action

Deep Runs in the PLO Events

The first PLO events on the schedule bore fruit for our stars. Gavin Cochrane cashed in 15th place in the $5,200 buy-in High Roller and won $11,362. Sam Trickett crashed out in seventh for a $16,160 payout and the unwanted title of final table bubble boy.

There was a similar story in the $1,050 PLO Knockout with three players making their way towards the six-handed final table. Ireland’s Ambrose Carr busted in 13th for a combined $2,016. Ben Vinson and Rob Cowen fell in ninth and eighth respectively and walked away with $3,577 and $6,577 when bounties were included.

The eighth events were six-max bounty hunters and again our stars shone. Patrick Brooks finished eighth in the $215 edition for $3,986 with Ireland’s Ambrose Carr finishing second in the $2,100 edition for a massive $66,848.

O’Shea came close to the final table of the $1M guaranteed High Roller but had to make do with a ninth-place finish worth $20,025. His fellow countryman Carr continued his hot form with a sixth-place finish in the $530 turbo bounty, a finish worth a combined $6,751.

Last, but not least, shout outs to Anthony Clancy and Jaime O’Neill who finished fifth and third in the $55 Mini Turbo Bounty. Clancy hauled in $2,358 with O’Neill securing $4,601.

A trio of tournaments crown their champions on May 8 and there’s every chance some of our players will lock up titles.