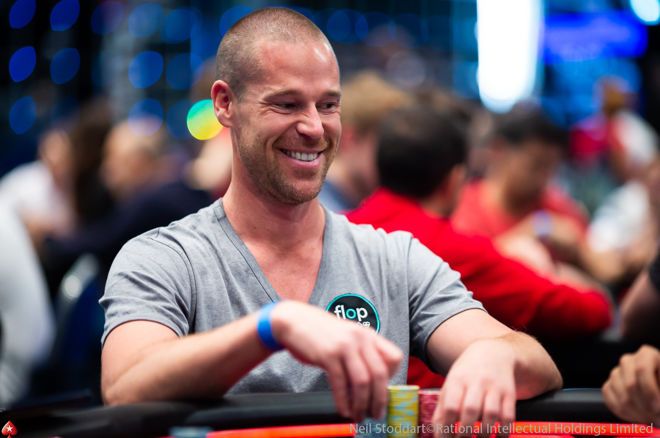 The fact equities in PLO pots are much closer than their hold’em cousins is another factor in why PLO is an action game. You’ll often find yourself essentially flipping a coin as to whether you scoop the pot or are topping up your stack.

Online poker has seen some massive PLO cash game pots won and lost over the years. Full Tilt was the place for nosebleed PLO action, in fact all five of the huge posts we’re about to look at stem from there.

Perhaps with the introduction of six-card Omaha, PokerStars can take over that mantle?

Patrik Antonius holds the record for the largest online cash game pot ever won at an incredible $1,356,947. Amazingly, Antonius won this mammoth-sized pot as a 54.63% favorite!

The hand started with Viktor Blom opening to $3,000 with

and Antonius three-betting to $9,000 with

turn was joined by the

Blom found himself winning a seven-figure pot only a couple of days after losing the record pot to Antonius.

Both players checked the

Ivey checked on the

for a flopped full house.

The third-largest PLO pot was lost by that man Blom and, again, to Antonius.

Antonius took up the role of aggressor on the

A split pot was the most likely scenario, approximately 62.5% chance, but that never happened because the

river completed a straight for Antonius!

Ivey and Blom contested the fourth-largest online cash game pot and, again, it was at the heads-up PLO tables.

A brief raising war resulted in $54,000 being in the middle before the flop fell

for Ivey. The turn missed both players but the

river gifted Ivey a flush and a huge pot.

Blom clashed with Ivey for the fifth-largest online cash game pot. Amazingly, this hand happened 90-minutes before the one above; what a swingy battle that must have been.

flop and received a call. The

for a straight and Blom held

Blom only had 20% equity in the hand, but that was realised when the

completed the board and scooped him the pot.