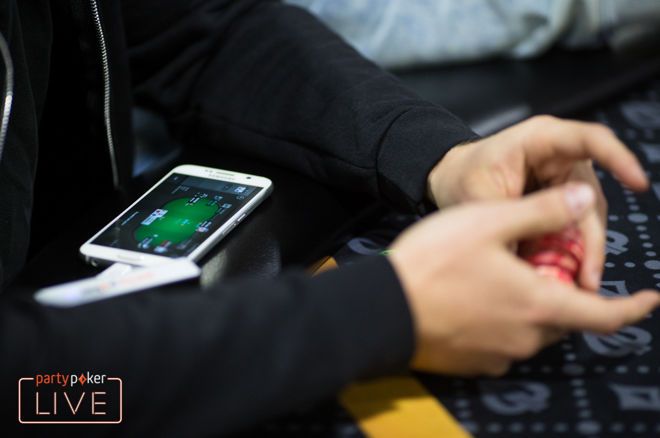 Last week was relatively quiet due to thousands of poker players being in Spain, or recovering from their exploits, for the European Poker Tour Barcelona festival yet some of the top 20 players in the UK & Ireland Online Poker Rankings, provided by PocketFives.com, still managed to hit some big scores.

UK-based Belgian “girafganger7” cemented his place in the UK top five after a couple of big cashes. The former world number one finished sixth in the Bigger $109 for $4,213 and was the runner-up in the $530 Bounty Builder High Roller for an additional $10,389, both at PokerStars. girafganger7 now has a 900-point cushion between himself and sixth-placed Chris “Moorman1” Moorman and is only 300 points behind Conor “1_conor_b_1” Beresford in fourth-place.

Dean “mugggggy” Quinn continued his rich vein of form at partypoker with a brace of outright victories. Quinn triumphed in the Bounty Hunter-H: $30K Gtd and the Monday Omaha Main Event-M: $5K Gtd for scores of $8,224 and $1,751. The grinder from Cornwall now has almost $1.3 million in online poker tournament cashes and is now ranked 44th in the world, his highest-ever position.

Elsewhere, “rolandbauer” netted $4,148 by taking down the PokerStars $215 NLHE 6-Max while Manig “swordfish007” Loeser soared up to 14th place in the UK standings following a pair of big cashes at parttpoker. Loeser, one of Germany’s top players, finished second in the Sunday Warm-Up-M: $30K Gtd Deepstack for $4,433 and third in the Sunday Main Event-HR: $125K Gtd for $12,887.

Sean “monkeybudgie” Prendiville is still the number one ranked online poker tournament player in Ireland, although that could be set to change as he seems to have taken a break from the grind, having not cashed in a tournament since Aug. 19.

This has allowed Ronan “Sw33ney” Sweeney to close the gap on Prendiville to 170 points, and with the WCOOP and POWERFEST in full swing that gap could be bridged with one big score.

James “Jaymo” Noonan climbed one place to third this week after several four-figure scores. Noonan was the third-place finisher in the PokerStars $109 Fast Friday 6-Max Turbo for $2,014 and won the Winamax HIGHROLLER for a chunky $8,817.

Play Finn and the Swirly Spin and Win Free Spins

Test Your Knowledge: The Baccarat Quiz