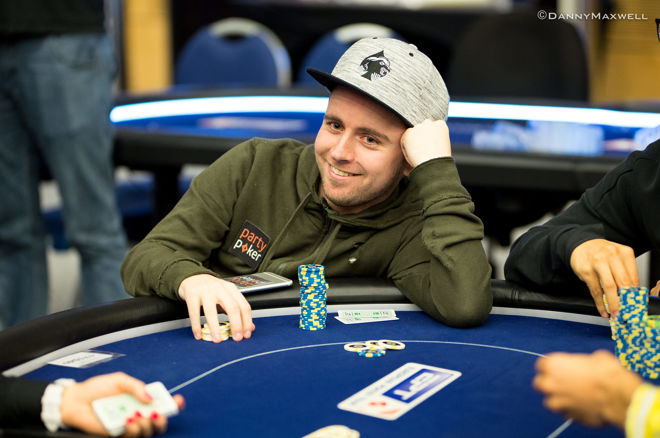 Leonard’s reign at the top of the UK standings could be brief as there are a mere 22.22 points separating the online Goliath’s and neither player is showing any signs of slowing down at the virtual felt.

A runner-up finish in the PokerStars $109 Bounty Builder netted Leonard $7,374 but Beresford was not to be outdone and he responded with a fourth place finish in last weekend’s $215 Bounty Builder for $6,965. Unless one of these two talented grinders takes some time away from playing poker, there will be lots of leapfrogging between them.

Oliver “3BunPass” Price occupies sixth place this week but could see him position improve once PocketFives.com update their database again. Price was the runner-up in the Feb. 7 edition of the PokerStars Super Tuesday, an impressive result that banked the Londoner $55,149. Finishing fourth in that very tournament for $29,796 was “davaman” who should see his 18th place in the UK rankings get closer to single digits at the next update.

Wilson Still in Front in Ireland

Dan “NukeTheFish!” Wilson is still the man to catch in the Irish rankings and now has a 111.19 point cushion between James “Jaymo” Noonan and himself. Wilson should see the gap to second place widen next week because he finished seventh in the PokerStars Super Tuesday for $11,832, a finish also worth more than 200 points.

Toby “JobyToyce” Joyce still occupies third spot in Ireland despite an impressive victory in the PokerStars Big $215. Joyce added $10,685 to his lifetime winnings total, which now stands at $1,663,177.

Lastly, a special mention to Tomas “luckymo32” Geleziunas who continues to play a ridiculous amount of tournaments every week. Geleziunas’ high volume strategy worked wonders this week with him winning the $109 Bubble Rush at PokerStars for $9,330 plus three other smaller events.