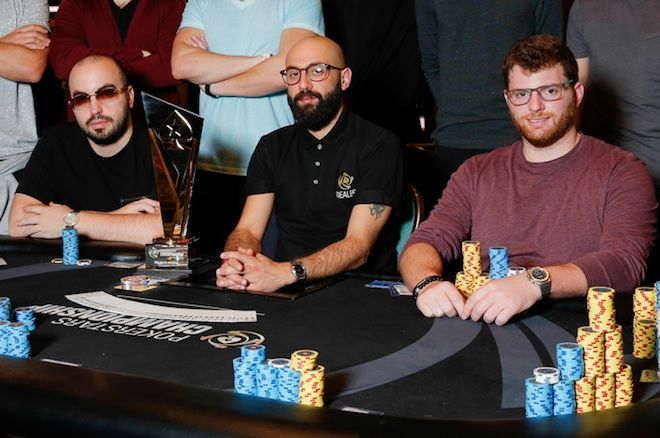 Each week, the Global Poker Index releases a list of the top tournament poker players in the world using a formula that takes into account a player's results over six half-year periods. For a look at the entire list, visit the official GPI website. Here's a look at the rankings as of February 15.

A relatively quiet week of tournament poker meant the top of the 2017 Global Poker Index Player of the Year standings remained unchanged from a week ago. Bryn Kenney remains at No. 1 for a second week in a row, with all 10 of those appearing on this least remaining right where they were at the last update.

Nadya Magnus nearly cracked the list after jumping all of the way from No. 81 to No. 11 after winning the $2,200 High Roller at the World Series of Poker Circuit Milwaukee stop last week. Magnus topped a 119-entry field to earn a $71,398 first prize and a bundle of POY points.

It's the same, relatively quiet story emanating from the GPI overall rankings this week, where the top 10 players all remain unchanged from a week ago with Nick Petrangelo at No. 5 for a fifth week running.

That image up above, incidentally, comes from a photo taken just before the conclusion of the $25,750 High Roller at the PokerStars Bahamas Championship in January where Kenney finished ninth, Petrangelo second and Luc Greenwood won.

A dozen players joined the top 300 this week, all arriving to fill spots in the bottom 10th of the list. The highest-ranked of the group is James Akenhead who most recently collected a couple of cashes at the PokerStars Festival London series, helping him move up from No. 352 to No. 274.

Akenhead's upward move was the second-largest of any player appearing in the current top 300, only exceeded by Nick Pupillo who went from No. 448 to No. 298 after finishing sixth in the WSOP-C Milwaukee Main Event won by Alex Aqel.

Loni Harwood also made a decent-sized move up from No. 294 to No. 222 this week after her most recent tournament cashes carried her just over the $2 million-mark in lifetime earnings. Harwood's highest-previous GPI ranking was No. 120 in June 2014.

Meanwhile looking only at players still in the GPI top 300, Jerry Wong fell the furthest since last week after dropping from No. 159 to No. 275.

What to Expect Next Week

The World Poker Tour L.A. Poker Classic remains in action this week, still working its way through preliminary events in advance of the Main Event later this month. There are also WPTDeepStacks series ongoing at bestbet Jacksonville in Florida and the Parx Casino in Pennsylvania.

In Europe the Dutch Classics in underway at the Kings Casino in Rozvakov, Czech Republic. And in Asia,the much anticipated Triton Series Manila 2017 gets going tomorrow at the Solaire Resort where PokerNews will be delivering live updates, chip counts, and more.