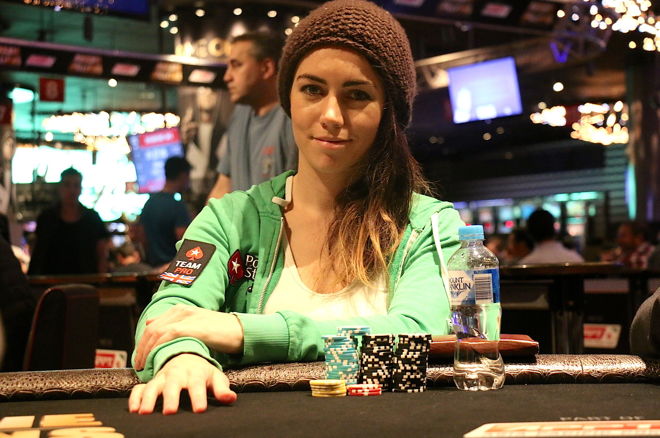 More than a dozen Turbo Championship Of Online Poker events took place at PokerStars this weekend and players calling the United Kingdom and Ireland home enjoyed plenty of success at the virtual felt.

Team PokerStars Pro Liv Boeree was one of 1,733 entrants in Event #25, a $700 no-limit hold’em turbo progressive knockout tournament that boasted of a $1,152,445 prize pool. Boeree became the last British player standing when Rhys “floppinhel” Jones fell in 18th place and she went on to reach the final table before busting in fifth place for $24,150.86 and $12,949.21 in bounty payments.

Boeree’s score was impressive, but the $67,500.37 secured by “pilsuhng” blew it out of the water. The British grinder finished second in the $700 no-limit hold’em Zoom Ultra-Deep and won $3,000 more than the original runner-up prize thanks to a heads-up deal. “Gandalf MR” finished third for an impressive $47,272.87 haul.

Ireland’s Rory “Reesy” Rees was another of our players to be a TCOOP bridesmaid this weekend, finishing as the runner-up in the $82 pot-limit Omaha turbo progressive knockout for $5,308.84 and $445.29 in bounties.

Another 15 events take place between Monday and Wednesday with a mixture of hold’em and mixed games on the schedule, giving UK & Ireland’s player more opportunities to win a fast-paced tournament.