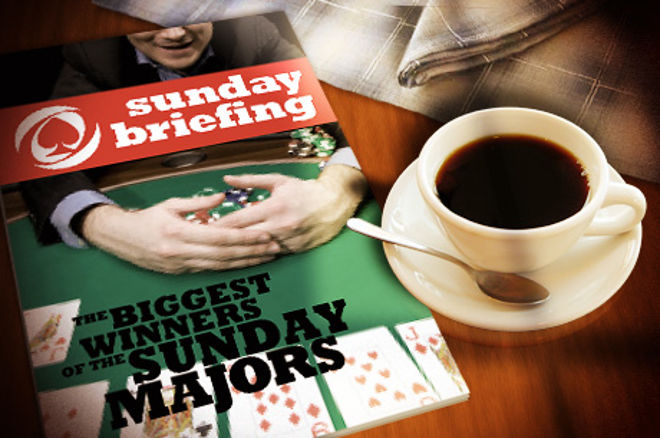 It was a relatively quiet weekend of online poker action for players calling the United Kingdom and Ireland home as an army of players from these countries descended on the Czech Republic capital, Prague, for the last-ever European Poker Tour festival.

Despite being thin on the ground in terms of number of players grinding online poker tournaments, this Sunday did see some big scores enjoyed by our players, with none of them as substantial as the $99,886.60 won by the UK’s “nodnek111.”

“Nodnek111” was one of 4,915 players to enter the $215 Sunday Million at PokerStars this week, a figure that meant online poker’s biggest weekly tournament had a slight overlay on its $1 million guarantee.

A total of 692 places were paid, a min-cash being worth $450.10 and a win weighing in at $142,335.70. Dozens of players from the UK and Ireland navigated their way to the money places, with Ashley “sickhangover” Hunt and “youngblood51” narrowly missing out on a final table appearance after falling in 12th and 10th place for scores of $5,875.70.

The last remaining Brit was “nodnek111” who went into the heads-up battle trailing three-to-one in chips and it was a gap too large to bridge. The final hand of the Sunday Million saw “nodnek111” open to 911,200 with

and “WestCliff21” call with

. “WestCliff21” checked on the

Some of the other notable cashes from the high stakes PokerStars games this Sunday include:

Over at partypoker, Marc “railthe23price” Wright, who recently won the GUKPT Grand Final, won the $40,000 Gtd Drago and turned $109 into $7,848.83 while Oliver “ThreeBunPass” Price continued his excellent run in the $2,600 Super High Roller by finishing as the runner-up for a $28,750 boost to his bankroll.