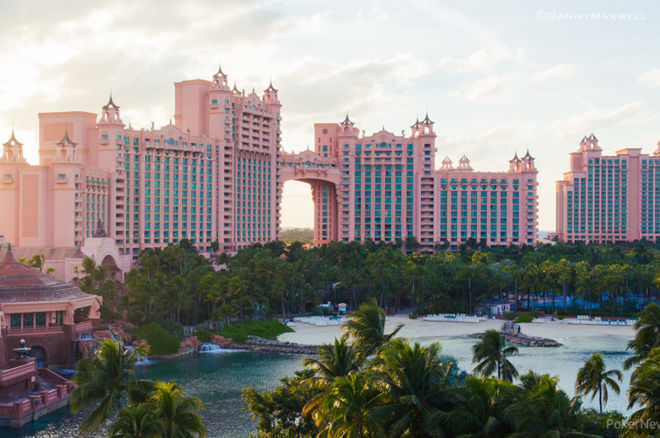 The PokerStars European Poker Tour has been retired with the end of EPT Prague, but while the ink dries on that part of poker history, another book begins. PokerStars Championship Bahamas, the first event of PokerStars' new global live Championship tour, gets underway Jan. 6 at the familiar digs of Atlantis Paradise Island Resort in the Bahamas.

The event formerly known as the PokerStars Caribbean Adventure has a rich history as one of poker's true major events, dating to 2004 and crowning winners such as Gus Hansen, Bertrand "ElkY" Grospellier and Galen Hall. This year's defending champ will be none other than online and live legend Mike "SirWatts" Watson.

Last year, the PCA switched from a $10,300 buy-in to $5,000 for the first time in the Main Event, lining it up with other events on the EPT. That will carry over to the first PokerStars Championship event. Other highlights of the schedule include a load of fan favorite high roller events. The $100,000 Super High Roller makes a return, as does the $25,000 High Roller, which is typically one of the biggest $25Ks of the year — last year it drew 225 entries when Nick Maimone won for just shy of $1 million.

As always, PokerNews will be providing live coverage for a number of big events. The live reporting portal for the event can be found here.

Here's a look at some of the key events on the schedule:

In addition to those, there are dozens of other events with entry fees fitting any level of poker player. Check out the full day-by-day schedule here.

Cash games will also be spread every day in a dedicated section of the massive event room at Atlantis. They start as low as $1/$2 blinds for no-limit and pot-limit games and there will likely be some big action at higher limits as well.

Other notable attractions for players will include virtual reality stations, breakfast Q&A sessions with PokerStars Team Pros, a three-on-three basketball tournament and watching parties for the NFL playoff games. Of course, with an exotic location like the Bahamas hosting the event, there will also be plenty of other activities available, including beaches galore to lounge on and local culture to experience via a short walk or drive from Paradise Island to Nassau.