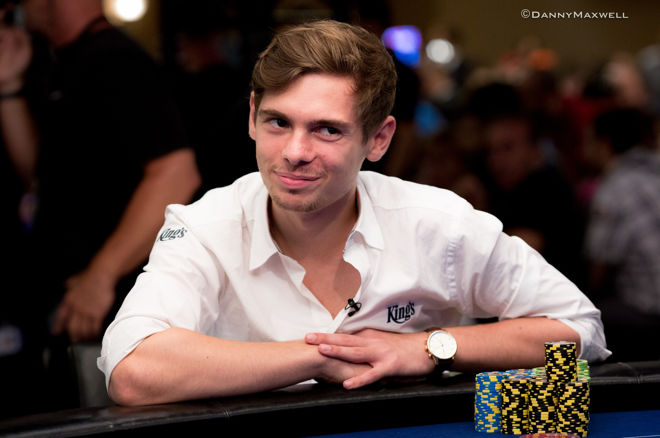 Each week, the Global Poker Index releases a list of the top tournament poker players in the world using a formula that takes into account a player's results over six half-year periods. For a look at the entire list, visit the official GPI website. Here's a look at the rankings as of Nov. 23, 2016.

No news is good news as far as Fedor Holz is concerned, as a relatively quiet week of tournament poker means he gets to enjoy a 24th-straight week atop the 2016 Global Poker Index Player of the Year leaderboard.

The entire top 10 stayed the same since the last update, with only Ari Engel adding a few POY points after cashing a couple of times in the recently completed partypoker.net WPT Montreal series including taking fourth in the C$10,400 High Roller event won by Pascal Lefrancois.

Looking down the POY leaderboard, Charlie Carrel jumped from No. 65 to No. 40 this week after cashing four times at the 2016 Master Classics of Poker in Amsterdam, pushing his career tournament earnings close to $3 million.

Holz remains at No. 1 in the overall rankings again (also for a 24th week in a row), with Nick Petrangelo still his nearest challenger in the No. 2 spot.

The rest of the overall top 10 stayed the same some moving up and down a spot or three, the exception being Dan Smith rejoining the list (going from No. 12 to No. 10) and Steve O'Dwyer slipping out (going from No. 10 to No. 11).

The lack of movement at the top of the GPI rankings makes it a bit more interesting to look near the bottom of the top 300 where six newcomers joined the list this week.

Andy Frankenberger is the highest-ranked of these six, having elevated from No. 323 to No. 261 after taking 24th in the C$3,850 partypoker.net WPT Montreal Main Event won by Mike Sexton.

Also on this list of newcomers is Maurice Hawkins who moved up from No. 396 to No. 290 after winning the World Series of Poker Circuit West Palm Beach Main Event at the Palm Beach Kennel Club this week.

The victory netted Hawkins a $95,921 cash, enough to make him only the second player ever to accumulate more than $1 million in WSOP-C earnings. Chris Ferguson was the first to reach that milestone, albeit after playing a number of WSOP-C events with much bigger buy-ins and prize pools than has been the case for Hawkins.

Both Hawkins and Frankenberger earned spots on this week's "Biggest Gains" list along with Ali Fazeli, Mark Radoja, and Jeff Rossiter.

Fazeli moved from No. 162 to No. 75 — his career-best GPI ranking — after winning another $25K ARIA High Roller last week, his third overall and ninth cash in ARIA High Rollers in 2016.

Finally, looking only at players who kept spots inside the top 300, Jussi Nevanlinna slipped the furthest this week after falling from No. 209 to No. 285.

What to Expect Next Week

What's happening? Currently there is the 2016 Rock N Roll Poker Open at the Seminole Hard Rock Hotel & Casino, the partypoker WPT Caribbean festival in Punta Cana, and the 2016 Brazilian Series of Poker in Sao Paulo, Brazil. Speaking of that BSOP series, that's where the last Latin American Poker Tour event will be taking place, the R$8,000 LAPT Grand Final from November 29-December 1.