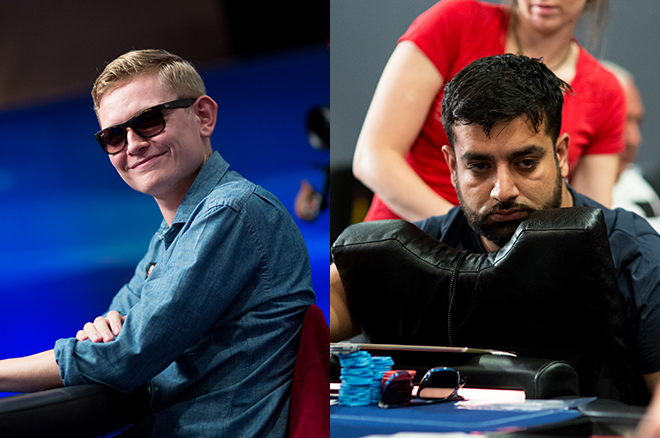 Sidhu finished as runner-up to the seemingly unstoppable Mustapha Kanit in the €10,300 High Roller but not before he secured €640,000 after a three-way deal. It was a result that also bagged Sidhu 573.33 GPI points, which has catapulted him to 26th in the United Kingdom and 408th in the world.

Stephen Chidwick is still the man to catch in the UK standings, although that could change in the next few weeks because Jack Salter is hot on his heels.

Following his second place finish in the EPT Barcelona Main Event, a result that netted him €941,613, Warbuton has soared to 21st place in the UK GPI and has entered the GPI Top 300 for the first time, making his debut in 259th place. Warburton is only a handful of points away from breaking into the UK top 20 and with the Pokerfest Live Main Event, two Genting Poker Series festivals and a Grosvenor UK Poker Tour festival taking place this month we wouldn’t bet against the Mancunian climbing even higher.

Team PokerStars Pro Liv Boeree third place finish in the €25,500 High Roller 8-Max sees he climb to 18th in the UK, two places above Charles Chattha and one above Senh Man Ung. Chattha has three cashes in Barcelona, the biggest of which weighed in at €18,750, his reward for a sixth place finish in a €2,200 buy-in deepstack side event.

Stephen Chidwick is still the man to catch in the UK standings, although that could change in the next few weeks because Jack Salter is hot on his heels.

Marc MacDonnell, who had a runner-up finish at the 2015 World Series of Poker, is the man at the top of the Irish GPI and now has a gap of more than 200 points over former number one, Dermot Blain.

It has been a difficult year for Blain – he’d previously spoken about being on the worst downswing of his career – while MacDonnell’s year has been the complete opposite. MacDonnell chopped the PokerStars Sunday Million online, had that aforementioned runner-up finish in the WSOP event for $155,876 and recently finished deep in the money in the Seminole Hard Rock Poker Open for $50,000.

Climbing this week thanks to his 34th place finish in the EPT Barcelona Main Event is Jude Ainsworth. The 36-year old now occupies fifth place in the Irish standings and is now only 50.50 points behind fourth placed Peter Murphy.

Live Poker Tournaments in the UK & Ireland in September 2015