Patrick Leonard Back On Top in the UK Online Poker Rankings 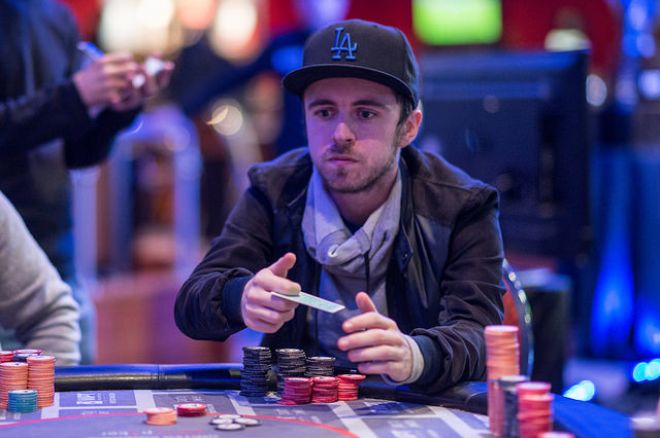 With the PocketFives.com online poker rankings only having two more updates before 2014 ends the race to be the number one player in the United Kingdom is well and truly on and it's looking like it will go right own to the wire.

Patrick Leonard and Vicente Delgado have spent the past few weeks leapfrogging each other and they once exchanged places on the leader board again this week. Although Leonard uncharacteristically didn't have any massive scores this past week, the way the leader board points decay mean that Delgado has slipped significantly and Leonard now has a near 500 point advantage going into the latter part of 2014.

You should keep an eye on the man in third place, Rick “TheClaimeer” Trigg, who could make a late charge to reclaim the number one spot. Although Trigg is 650 or so points behind Leonard in the rankings, Trigg is putting in some phenomenal volume at the PokerStars tables in an attempt to finish as high as possible in the Yearly Tournament Leader Board standings.

Trigg won the Omania last night which will help boost both his PokerStars TLB and his PocketFives rank, but this result won't appear on his PocketFives profile until the next update.

Bristol—based Spaniard Oscar “MendaLerend Serradell finds himself in fourth place in the UK and 18th in the world, but if he keep finishing second in the $109 NL Hold'em Turbo Re-Entry ($4,829) as he did earlier in the week he could break into the worldwide top 10 before the year is out.

The player known as “carpediem200” needs a mention for entering the UK top 10 and to Daryl “PS1GREENY” Green who had a number of decent scores this week, the largest of which weighed in at $17,136, his reward for finishing second in the Full Tilt Super Sized Sunday.

Who Will be Number One in Ireland?

The race to be the Irish number one ranked online poker player is as hot as the UK equivalent with “gruaiggorm” and Kevin “SuitedAcesBaby” Killeen being the most likely candidates for that number one spot.

The former now finds himself 119th in the worldwide standings, the highest he's ranked to date. Another high volume player, gruaiggorm is only $35,000 away from earning his $1 million badge at PocketFives and we would not bet against him reaching that impressive landmark by the time Big Ben sounds for the start of 2015.

The biggest results had by Irish players this past week was had by Karl “chips12345” Curry who took down The Bigger $11 at PokerStars for a sweet score of $19,377 which happens to be the largest cash of his online career so far.