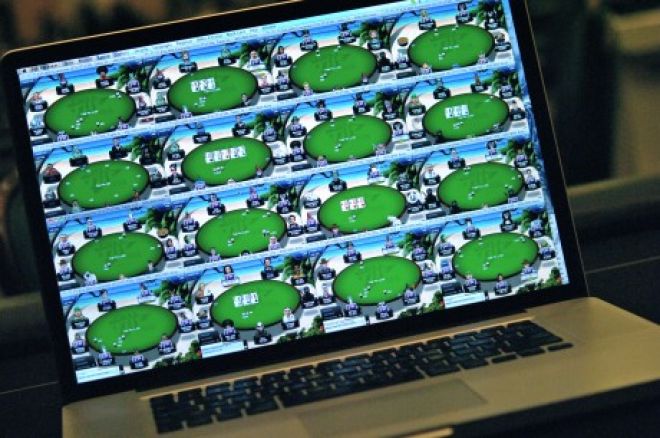 The growth that the poker industry experienced in recent years led to the creation of a consistent number of software programs aimed to help players to increase their success rate.

The criticism expressed during the past months by many in the poker community against software such as trackers and heads-up displays (HUDs) led a number of poker rooms open to the idea of implementing various bans and introducing different "anonymous" games, where third-party software such as these become completely irrelevant.

During the past days, however, the discussion moved onto seating scripts, which are a type of software program that automatically sit the players who use them at the juiciest tables. And, once again, the accusation against them is that this is posing a real threat to the poker's future. In a nutshell, the seating scripts are computer programs designed to automate and optimize the process of table selection, a truly crucial aspect of the game.

"The purpose of a seating script is to get a seat, optimally to the left of a recreational player without having to play other regulars three-handed," wrote the forum poster "ImJason" on Two Plus Two.

"The seating script constantly scans tables waiting for a third player to join and start a game. Once somebody clicks on an open seat, the seat will be shown as reserved and the player is now given 45 seconds to choose a buy-in amount or cancel. This will automatically trigger the seating script to reserve a seat next to the seat that was just reserved."

According to "ImJason," "If seating scripts were banned or regulated, this would easily increase the high stakes volume by 15-30 percent as it would give so many players so much more incentive to start and play games."

However, by the poster's own admission, the calculation is an assumption based on his own experience at the tables and is not supported by any "mathematical evidence."

In "ImJason's," opinion the main issue about seating scripts is that they tend to "trigger each other" and lead to an invisible "clicking battle against the scripts."

In this hypothetical scenario, "If playing a three-handed game on $10/$20 with two other regulars, the three seats that are left will be blocked by the reserved button. During prime time it can easily take up to 10 minutes to win a clicking battle against the scripts and actually join a running table with regulars."

"ImJason" — as many of the players who expressed support for his views about the effects of the seating scripts — believes this to be significantly harmful for the poker industry and its future growth.

"Nobody wants to go through the process of fighting against 20 scripts just to get a seat in a three-handed game of regulars. And the worst part about it is that it hurts those the most who put in the most effort to get the economy going — the table starters."

Technology Isn't Just There Yet

In a long blog post dedicated to the issue, Microgaming’s Head of Poker Alex Scott tried to give his opinion about the effect that seating scripts can have for the industry and the way operators deal with them.

"I've started to see a great deal more discussion about a particular kind of third-party tool, the seating script," Scott explained. "There are many different types of scripts, but the kind everybody is concerned about is the type that monitors the tables for weak players, and then instantly seats the user with a weak player when one is found."

Quoting his own experience at Microgaming, Scott continued to say that he has been passed many complaints against seating scripts — most of which came from experienced players, because recreational ones "simply aren’t aware of these scripts, and I think most would be horrified to find out about them."

"I’m often asked why we don't take action against scripts already," Scott went on to admit that the that one of the biggest issues to date is represented by technology. "We don’t currently have any reliable way to detect when somebody is using a script to sit at the tables," he wrote. "If you designed your software from scratch, bearing in mind that you would want to detect scripts, then it would be fairly trivial to detect them. The problem is that it is absolutely not easy to build this into software that already exists. Not impossible, but very difficult and very time consuming."

"On the Microgaming Poker Network, seating scripts are currently allowed, but that will not be the case forever," Scott concluded. "When we have determined a way to reliably detect such tools and fairly enforce a ban, then we will rid the game of them without a hint of regret."