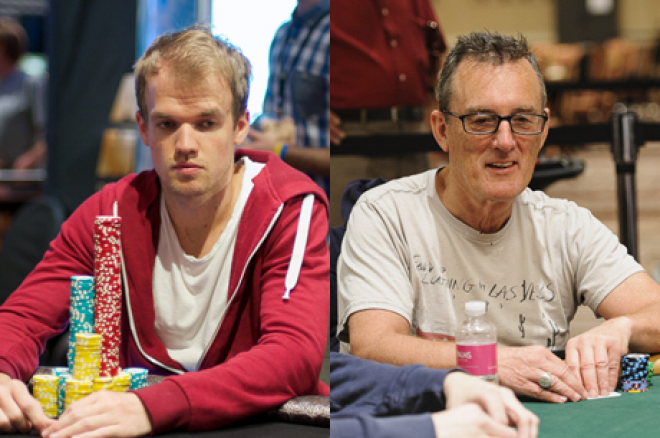 The latest update of the Global Poker Index has resulted in two prominent British players climbing up both the United Kingdom and worldwide rankings.

Stephen Chidwick is still the man to catch in the UK Global Poker Index (GPI), a position he has held since the 2013 World Series of Poker (WSOP) where he enjoyed a remarkable couple of months.

Ireland-based Max Silver is Chidwick’s closest rival in the UK standings. Like Chidwick did in 2013, Silver tore up the 2014 WSOP, cashing six times including a third place finish in the $10,000 No Limit Hold’em Six-handed event that netted him $273,646.

The rest of the top 10 is the same as previous weeks, with Jack Salter in third place followed by Scotland’s David Vamplew, Simon Deadman, Toby Lewis, Tamer Kamel, Zimnan Ziyard, Tom Hall and Oliver Price, but outside of the Top 10 there have been a couple of changes.

Rhys Jones, better-known in online poker circles ad “floppinhel,” was one of the biggest climbers this week. Jones improved his position by some 58 places in the worldwide rankings to 190th and to 11th in the UK. Part of the reason for Jones’ climb is the fact he has some superb results in the first half of 2014 that include a win in the 2014 Grosvenor UK Poker Tour (GUKPT) Manchester Main Event and four deep runs at the 2014 WSOP, the best of which netted him $85,131 when he finised third in the $1,500 No Limit Hold’em Ante-Up event.

Also moving in the right direction is Tom Middleton who moves up a couple of places to 15th, while Barny Boatman is now ranked 20th in the UK, pushing Team PokerStars’ Liv Boree out of the top 20.

Boatman played a busy schedule at the 2014 WSOP and enjoyed some success, cashing five times and reaching one final table – a ninth place finish in the $10,000 Pot Limit Hold’em event. Boatman informed us during the WSOP that he was planning on heading to the Barcelona of the 100th European Poker Tour festivities so keep an eye out for him there.

There are exciting times ahead in the UK GPI rankings thanks to there being relatively few points between Rhys Jones in 11th place and Ludovic Geilich in 24th. Indeed, any player in the top 40 could go on a mini heater and make a push for the top 10-15 spots in the standings.

In the next couple of weeks, there are plenty of events for players to pick up ranking points. With the Sky Poker 6-Max UK Poker Championships under way, the GUKPT Goliath being around the corner, the EPT Barcelona after that GUKPT Leeds, UKIPT London and Genting Poker Series (GPS) Nottingham after that, players have ample opportunity to collect GPI points and plenty of cash!