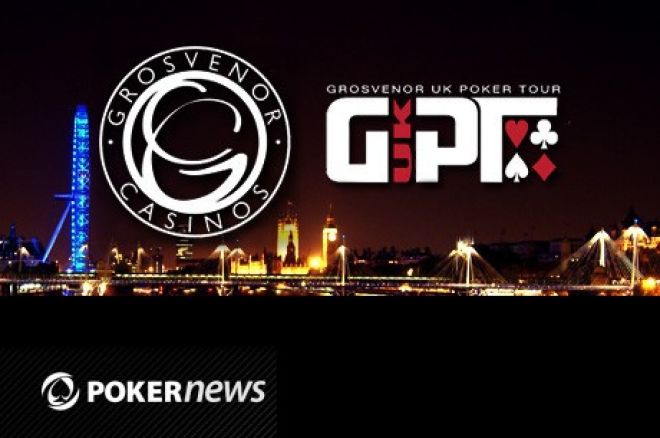 Earlier this month, the Grosvenor UK Poker Tour (GUKPT) visited Edinburgh for the first time in its eight-season history, a tournament that Andrew Teng won to take his GUKPT title tally to two. Now the GUKPT makes the lengthy trip south to Brighton where it will call Grosvenor Casino Seafront on Great Junction Road home between April 30 and May 4.

When the GUKPT last rolled into the seaside town of Brighton its £550 buy-in Main Event saw 157 players buy into it, 41 re-entries bought taking the total attendance to 198. They were all outlasted by David Lloyd who by day is the Head of I.T at MainEventTravel.com and by night is a keen poker player. Lloyd picked up a cheque for £20,320 for his victory in July 2013 (following a couple of deal when the tournament was four handed and then three handed) and should be in Brighton to attempt a title defence.

The first time the GUKPT headed to Brighton it did so with a £1,060 buy-in Main Event as its marquee event. That particular tournament saw 315 entrants who were defeated by Dave Smith, who walked away with £105,100.

The following year saw a drop in attendance by 35, but eventual champion Julian Thew didn’t care as he waltzed away with the title and £89,950 in his back pocket.

Attendances continued to fall during Season 3 and Season 4, leading the GUKPT to stay clear of Brighton for the next two seasons before returning in Season 7 with a more affordable £550 buy-in, and a re-entry format.

Season 8’s GUKPT Brighton Main Event features a £550 re-entry format and a £100,000 guaranteed prize pool which is sure to bring the punters in. UK & Ireland PokerNews will have one ear close to the ground during the Main Event and will provide you fine people of the internet with daily updates, chip counts and more!