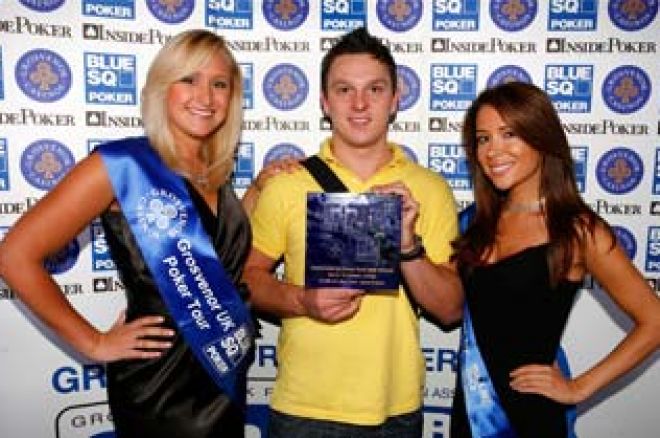 Once again it was a pro that took down the honours, this time in the form of young up and coming professional Sam Trickett from Nottingham, who bested 376 of the top players in the UK to go home £100,000 better off.

This leg of the tour was a real whose who of UK poker at the G Casino in Luton, with the likes of Michael Greco, Teddy Shrerringham, Dave Colclough, Richard Ashby and many more recognisable faces in the field that didn't have a single soft table. GUKPT Champion Jerome Bradpiece and Ian Frazer were amongst the notables who won a side event in the lead up to the main event.

After three gruelling days we found ourselves at a tough looking final table, which included darts legend Wayne Mardle and UK Pokernews writer Stuart Rutter. Amongst the chip leaders was Trickett who turned many heads when he made the final table of the $5000 6 handed No Limit Hold'em event at this years WSOP as well as making plenty of waves on the UK circuit.

The chip lead changed hands several times throughout the final but mainly between the two big stacks, Trickett and LaRonde, whom eventually found themselves heads up. It was to be a very short lived heads up match as all the money went in the middle with A-7 for La Ronde and a dominating A-Q for Trickett, who managed to hit two pair on the flop to seal the victory. The 22 year old is the youngest player to win a GUKPT title and wins a seat in the Grand Final and £106,000.